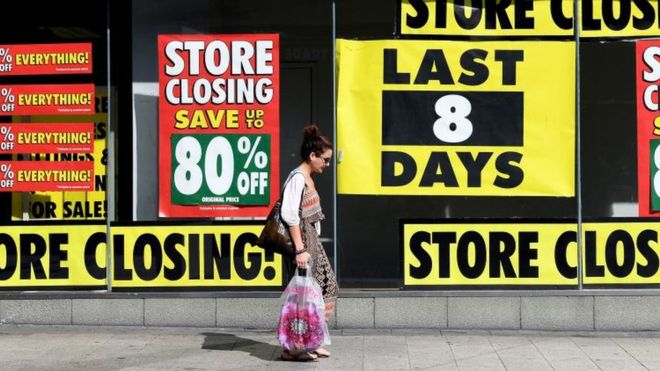 What About The Dying Industries?

Good questions generally lead to good discussions and so it was last week when I was asked by the moderator of a webinar what industries I thought would be irreversibly damaged by the outbreak of COVID-19. It’s something I’m still pondering and something that we won’t know for many years, but I’ll let you know where I am so far.

The idea of whole industries being irreversibly damaged is an interesting one. As I think back on other sectors that have faced enormous challenges in recent times, I can’t help but notice that industries — at least the ones that have been around for a long time — are more robust than you would imagine.

Anyone who reads Ben Thompson’s Stratechery will have seen this image in a blog he posted yesterday.

To be clear, though I often steal Ben’s ideas, this is not one of those times. We just happen to be writing about similar topics and this image highlights one of my points.

Think about The New York Times and how they used to operate. They sold physical newspapers for a few dollars but made most of their money by selling advertising space. When the internet came along, suddenly this information was freely available. So they were losing out on the few dollars that they could make selling the papers, but they now had a much larger audience that they could advertise to. Then Google came along and said you’ll be selling that space through us and we’re taking a big cut, and if you try to go around us we’ll make you disappear.

This happened to basically every newspaper publisher in the world. It should have been the end of the industry as we know it. And in a way it was. A lot of papers went out of business. But some didn’t. It took a long time and a lot of trial and error, but some old-world newspapers figured out how to thrive in the internet age and The New York Times’ stock chart is a testament to that.

When we think of industries we typically think about a collection of companies. However, one level below that is the people working in those companies. And those people have years and years of valuable experience and creativity. So some companies can adapt and overcome the challenges. The industry experiences a type of Darwinian cull, but a more agile and robust version of it emerges.

Here’s another example. In 1952, Reader’s Digest published “Cancer by the Carton”, highlighting the dangers of smoking tobacco. It’s regarded as one of the most influential pieces ever published. Surely it would be devastating for the tobacco industry? Yet today, nearly 70 years later, Altria, Phillip Morris, and British American Tobacco have a combined market capitalization of over $200 billion. Even with all the dangers now public knowledge, they’ve been great investments. What gives?

I think you’ve got to take a hard look at how elections are funded in the United States to uncover some of the answers to that question. Industries — and I’m talking about all industries, not just tobacco — spend hundreds of millions of dollars every year lobbying politicians in order to ensure that they have a voice when it comes to legislation (and bailout packages). And they do it for both major parties in order to cover their bases. You can find detailed information on these at opensecret.org if you wish to learn more about it.

So will air transport, for example, be irreversibly damaged by COVID-19 or will they survive and thrive? We don’t know, but they have a lot of creative people working in the industry, and over the last 5 years have spent over $500 million lobbying politicians, so they have plenty of influence.