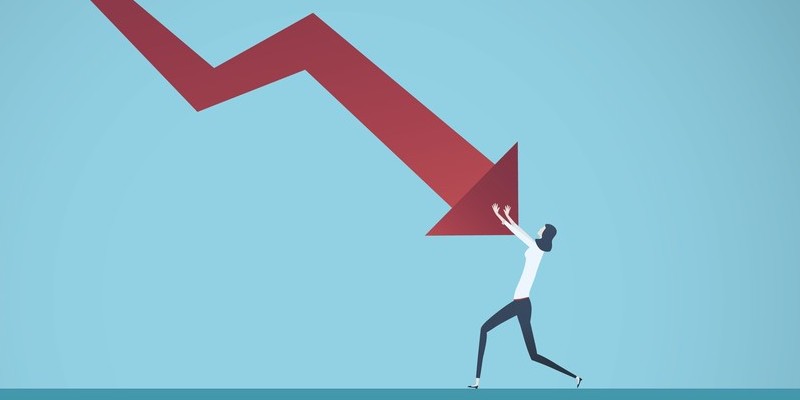 Before Thursday’s meltdown, Wall Street — and the Nasdaq in particular — appeared relatively unperturbed by confirmation this week that the U.S. is in a recession.

Is the market still rising?

Last week we reported that the stock market had just experienced its best-ever 50-day rally, which spilled over into this week before brutally ending on Thursday. Having flirted with all-time highs back in February and again on Tuesday, the tech-heavy Nasdaq (NYSEARCA: QQQ) finally said ‘I do’ and married into the ‘ten-thousand club’ on Wednesday, closing at 10,020.35 points. Then it all came crashing down on Thursday. The economy, with its mass unemployment and shuttered businesses, appeared to catch up with Wall Street and many economists believe that the market's recent rally was completely out of touch with economic reality because of the outsized popularity of a relatively small group of companies (Apple (NASDAQ: AAPL), Amazon (NASDAQ: AMZN), etc) that are responsible for a disproportionate amount of the gain. Recent trading habits have made the market a poor gauge of the U.S. economy’s strength, and in the midst of a recession, further spikes in COVID-19 cases in Arizona and Texas have been a reality check for many investors.

Recession is too gloomy, so here’s a fun fact: according to a 2019 study, eating moderate amounts of dark chocolate can be good for both physical and mental health.

Elon Musk will have had reason to dance before Thursday’s crash, as Tesla briefly became the world’s most valuable car manufacturer.

So, is Elon Musk now our supreme leader?

Not quite yet — he’ll have to fight Jeff Bezos for that mantle. However, Musk can brag that his electric vehicle-maker was bigger than Toyota for an entire day after it’s stock breached the $1,000 per share mark on Wednesday before falling again Thursday. Regardless, there’s no denying what an incredible feat Tesla has accomplished, especially when you consider that it had a market cap of only $44 billion as of October 2019. Through a series of new products which included the Cybertruck and Tesla Semi, the opening of new factories in Shanghai and in Germany (pending), and a sprinkling of Musk magic, Tesla has soared to heights previously inconceivable for an electric vehicle maker. Tesla’s own success is having a knock-on effect on the EV market though, as its ironically named rival, Nikola Corp has also exploded in the past week, though not for the right reasons in my opinion.

Nikola Corp, like Tesla, is named after the famous Serbian-American inventor — you guessed it — Nikola Tesla. Both companies create electric vehicles based on his work on the modern alternating current electricity supply system.

After what can only be described as a pretty terrible first quarter for Tiffany’s, its merger deal with Louis Vuitton is beginning to show signs of cracks.

Will the merger go ahead?

Bernard Arnault — Europe’s richest man and head of LVMH — has been looking for ways to renegotiate the $16.2 billion takeover since the coronavirus outbreak, but Tiffany’s confirmed that it was was in compliance with all borrowing covenants as of the end of April and the deal could proceed. It’s just as well for the luxury jeweler too, as it reported a 44% drop in same-store sales for Q1. Tiffany swung to a net loss of $64.6 million, or $0.53 a share, from earnings of $125 million, or $1.03 a share, a year ago, while revenue fell 45% to $555.5 million. The LVMH deal has been an incredible lifeline for Tiffany’s to cling to, especially considering that despite these Q1 losses, the company’s stock is still up close to 40% since the day the deal was confirmed back in October 2019. So while LVMH may still have a few tricks up its sleeve to worm out of this deal, it’s likely that we could be having breakfast at Tiffany’s soon with a side glass of Hennessy.

In case you didn’t get that last line, LVMH actually stands for ‘Louis-Vuitton-Moët-Hennessy’, its biggest brand names.

The coffee must have been bitter for Starbucks investors this week after the company disclosed the full damage of the coronavirus on its year so far.

How much money is Starbucks losing?

A lot. A whole $3.2 billion worth of the green stuff in Q1 in fact, as Starbucks was racked by closures due to the coronavirus. And if they hadn’t already, investors will have spit out their coffee after the coffee chain then revealed that it was expecting a net loss per share of between $0.64 and $0.79 for the current quarter due to same-store sales in China and the U.S. falling between 10% and 20%. Starbucks initially withdrew guidance back in April, but someone must have woken up and brewed a strong cuppa’ joe, then deciding to update investors on Wednesday. There were some positives, as Starbucks also announced that it expects weekly cash flow to be positive once more by the end of June. Some bad news though for those of us with tastebuds: there were no announced improvements to the actual taste of Starbucks coffee. *Disclaimer: all coffee views are my own, and I fully expect backlash from both readers and my own colleagues over this opinion, but I stand by it.

Coffee is the world’s second-largest trade commodity after crude oil, worth more than $100 billion as a global industry.

“Abandon all logic and reason, ye who enter here." I (mis)quote Dante’s ‘Inferno’ here in order to better understand the mindset of those behind Hertz’s stock price activity over the past month — and perhaps the market as a whole. Last month, the car rental giant entered a world of ‘hert’ (I’m sorry, I couldn’t resist) when it filed for Chapter 11 bankruptcy. How did investors react, you ask? By giving its stock a pump-and-dump for the ages of course. At one point, following its bankruptcy filing, Hertz stock had risen close to 900%. However, having received a delisting notice from the NYSE, Hertz has since given up more than two-thirds of those gains. This behavior is not limited to car-rental alone though, as Luckin Coffee (NASDAQ: LK) has jumped nearly 300% since receiving a delisting notice from the Nasdaq, while Chesapeake Energy (NYSE: CHK) had jumped as much as 350% this week before seeing trade halted due to reports of a bankruptcy filing.

What the hell is going on?

I’ll tell you what’s going on: it’s those pesky day traders, coming in here with their grand plans and Robinhood apps, trying to make a fast buck from struggling companies by getting them at low prices and selling them as quickly as they can. Well, now look what’s happened? There’s a threat of a second wave and the market’s gone and nosedived.

Let’s end the week on a positive note: On any given year, the stock market is more likely to go up than to go down (70% likely in fact), so hang in there folks and hold on to those investments.