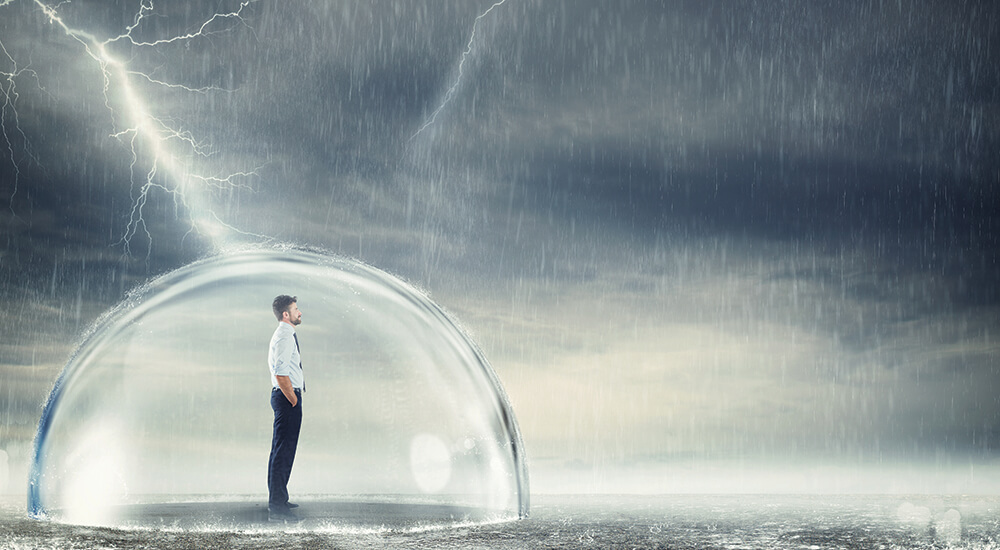 Eye Of The Storm

It might not be champagne popping time, but the stock market did enjoy its best quarter in decades during Q2.

It’s been how long since the market had a better quarter?

The Dow Jones, S&P 500, and Nasdaq each enjoyed their best quarters since 1987, 1998, and 1999 respectively. This came about due to just how far down the market had fallen at the beginning of Q1, and the only way was up, but nobody expected the rally to go so high so fast. However, the optimism that overhangs this performance reminds me of entering the eye of the storm. Things seem calm for now, but we know we’re surrounded by a storm of rising unemployment, soaring public debt, and a deadly illness that has killed more than 500,000 people, and eventually we need to sail back into that horror. Investors must now face the reality that a second-wave of enforced closures could be on its way, with Apple already closing dozens of stores this week alone. If another lockdown comes into effect, then we can expect further economic and market turmoil, so get ready to strap in folks.

Since 1950 stocks have fallen 20% or more only 11 times, while declines of 30% or more have happened only five times.

“Mirror mirror on the wall, yoga poses make me fall.” Lululemon fans could be singing this tune soon after the athleisure company’s acquisition of at-home fitness startup Mirror.

How much did this mirror cost?

A whopping $500 million, or enough to visit Toronto’s ‘Famous House of Mirrors’ exhibit 50 million times. Mirror’s wall-mounted device offers on-demand workouts and personal training sessions whilst taking up very little space. Why is Lululemon paying so much money for this? Well, because the Mirror acquisition brings the company directly into the ‘connected fitness’ industry currently occupied by the likes of Peloton and Nike. In the midst of a pandemic, the last place anyone wants to be is a Planet Fitness surrounded by sweaty, wheezy, puffing humans who haven’t exercised in 3 months. The device itself strikes similarities with Peloton in particular, with the mirror itself costing $1,495 on top of a $39 per month subscription. I don’t really get the appeal of such a device myself, but I’ve been in the industry long enough to know that no matter how silly I think something seems, there will always be willing buyers.

Lululemon was originally just a yoga studio when founded in 1998 and didn’t start selling yoga equipment properly until 2000.

It feels like ‘do or die’ time for one of America’s largest exporters as Boeing finally gets its MAX range in the sky after 15 months grounded.

So, are they safe to fly again?

It’s still too early to tell, but Boeing’s 737 MAX test flights this week certainly mark an important milestone for the aerospace giant. 15 months after a second fatal crash saw the jet grounded, Boeing is now suffering from one order cancellation after another due to the shutdown of the travel industry following the outbreak of coronavirus. In the past week alone, Norwegian and BOC airlines have canceled orders, with more likely to come. Despite all this, June was actually Boeing’s best month since 1982 with its stock rising more than 25%. Yet, it is still 60% off of its March 2019 all-time highs. Now, with the MAX back in the air, it is sure to alleviate some pressure on the beleaguered aircraft-maker. The sooner those MAX planes are safely in the air, the sooner Boeing can start getting back on track.

Boeing is one of the world’s largest employers, with more than 145,000 workers across 65 countries.

My witty wordplay aside, there actually is some consolation in the fact that, despite months of venue closures, alcohol sales are still going strong.

How many bottles of beer on the wall?

Actually, spirits and wine rule the roost for Constellation Brands as an upsurge in sales for both saw the company beat analyst expectations in its Q2 earnings report this week. Adjusted earnings per share came to $2.30 on revenue of $1.96 billion. Beer sales actually fell 4% but still managed to beat the Street, even if one of its most popular brands is the unfortunately named ‘Corona’ beer. The company’s stock soared 6.3% following the report, bringing its rally since mid-March lows to 76%, almost recouping its total losses for 2020 so far. This positive trend has been seen across the alcohol industry which has suffered from the closure of bars and restaurants around the globe. With the U.S. economy starting to come back to life, the alcohol industry may well be able to get back on the horse and salvage something from what has been a disastrous year for us all. And with that, it’s time for a Friday beer.

An average of $1.6 billion is forked out on the Fourth of July every year on alcohol alone, making it one of the biggest drinking days in the U.S.

In the greatest team-up since Marvel and Disney, Tesla CEO Elon Musk has joined forces with musician Kanye West for a, uh, Twitter post… Only last week ‘Yeezy’ rode in on a white horse and ‘rescued’ clothing giant Gap by signing a 10-year deal for a ‘Yeezy Gap’ clothing line; shares jumped more than 20% following the news. Not content with trying to save a clothing line, Kanye then took to Twitter on Wednesday to post a pic with Elon Musk. Now, Tesla is the most valuable carmaker on the planet at roughly $220 billion. Coincidence? I think not… ‘Ye’s’ magic fairy dust just is working wonders as his Tweet sent Tesla stock soaring 7% after hours and was probably more pivotal to Tesla’s rise than the reported 90,650 vehicles it delivered in Q2. *Disclaimer: Please take my comments with a pinch of salt.*

How far can Tesla go?

Tesla reigns on high right now with Overlord Elon at the helm and investors are enjoying the ride as its stock is up more than 160% YTD. Who knows how far Tesla can go, especially now it has Yeezy in its corner? Is it too soon to say it’s definitely the next trillion-dollar company?

Kanye West’s debut single, ‘Through The Wire’, was written and recorded while the rapper had his mouth wired shut following a driving accident.