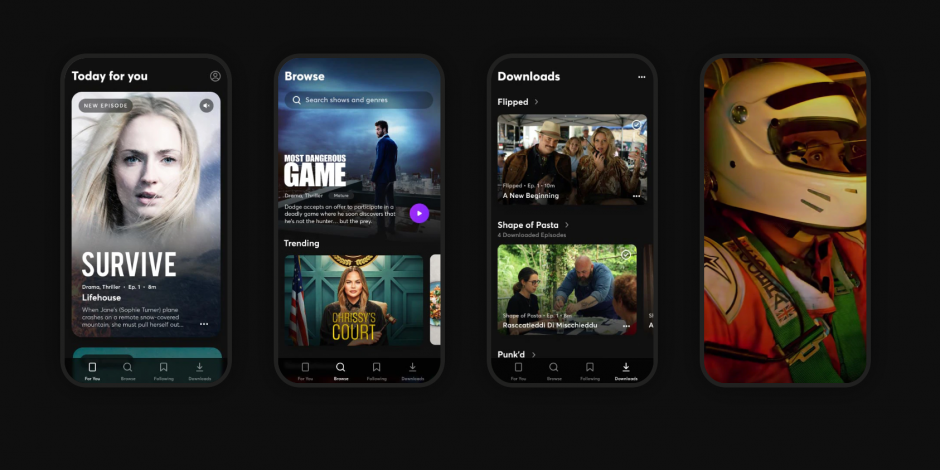 The Curious Case of Quibi

How many times in your life have you made a decision, not based on any empirical evidence, but rather on a “feeling”? Perhaps you didn’t take a job offer, or go on a second date with someone because something just didn’t feel right. It’s known by many names — gut instinct, hunch, intuition (apparently stronger in women than in men) — and oftentimes is dismissed as irrational, or, at the very least, subservient to analytically thinking.

However, intuition is merely another form of information processing. Our brain rapidly analyses new information against stored knowledge in order to try and predict what will happen next. In that sense, a hunch is everything you’ve ever learned boiled down to a single moment.

In his book, Blink, Malcolm Gladwell argued that intuition can actually be more powerful than deliberate decisions.

“We live in a world that assumes that the quality of a decision is directly related to the time and effort that went into making it...We believe that we are always better off gathering as much information as possible and spending as much time as possible in deliberation. We really only trust conscious decision making. But there are moments, particularly in times of stress when haste does not make waste, when our snap judgments and first impressions can offer a much better means of making sense of the world. The first task of Blink is to convince you of a simple fact: “Decisions made very quickly can be every bit as good as decisions made cautiously and deliberately.”

Over the weekend, I read this fantastic article by Benjamin Wallace on Quibi, a streaming startup focused on short-form content. The concept is pretty straightforward — it’s like Netflix, but all the shows are less than 10 minutes per episode and designed to be watched on a smartphone. The founders believe that there is a market for high-quality streaming content that can be consumed in short bursts, for example, on a commute or queuing for a coffee.

Quibi, which is short for “quick bites” (although it has the same number of syllables), promises to be “the TV in your pocket”, delivering Hollywood-quality content for the monthly cost of $4.99 (with ads) or $7.99 (without ads).

However, Quibi had some serious people behind it. It was founded by Jeffrey Katzenberg, the former Disney executive and co-founder of DreamWorks. He was the mastermind behind Disney’s turnaround in the 1980s, greenlighting ambitious projects like Who Framed Roger Rabbit, The Little Mermaid, and The Lion King. For DreamWorks, he produced hits like Shrek and Kung Fu Panda. Katzenberg is Hollywood nobility.

Katzenberg even recruited Meg Whitman, former CEO of eBay and Hewlett-Packard, to run Quibi. Together, they embarked on a mission to get the biggest studios to invest in Quibi, and to sign the most sought-after talent and influencers to produce original content.

Jason Blum, whose production house created Paranormal Activity and Get Out, signed on to make three series. Idris Elba agreed to host a car-stunt show. Chrissy Teigan, Anna Kendrick, and even the Kardashians, all got involved. And money came pouring in as well. The company attracted investment from the Walton family, Alibaba, and every major studio, including Disney, Viacom, Comcast-Universal, and 21st Century Fox. In August 2018, Katzenberg announced that Quibi had raised $1 billion, eventually going on to raise $1.75 billion.

It was all looking rather good. When the platform launched in April, the app rose to No.3 in the App Store, as users took advantage of the free 90-day-trial. It was also around this time that most of the U.S. went into some form of lockdown, which, you would think would leave people eager for new, high-quality content. But it was not to be the case. By mid-June, Quibi’s app store ranking had dropped to No.284.

While many people praised the execution of the app and its ease of use, the company quickly became a punching bag for late-night talk show hosts and Twitter television critics. Many of the shows were mocked for their outrageous plots and weak scripts. One clip that made the rounds on social media, showed Emmy-award-winning actress Racheal Brosnahan become weirdly obsessed with her golden prosthetic (I’m not making this up).

Quibi had hoped to attract seven million subscribers in its first year. However, reports suggest that over 90% of users abandoned the platform after the free-trial expired earlier this month. It now looks increasingly likely that billions of dollars worth of content may have been produced to attract less than two million paying subscribers.

It’s still very early days for Quibi and Katzenberg remains convinced that the company will be a huge success. However, I’m not convinced. What you have here is a company that, on paper, checks all the boxes. They have a visionary founder, respected backers, top Hollywood talent, and plenty of cash — yet, the whole concept just doesn’t seem to make sense intuitively. Sometimes with investing, you need to ignore the trappings of success and listen to your gut.