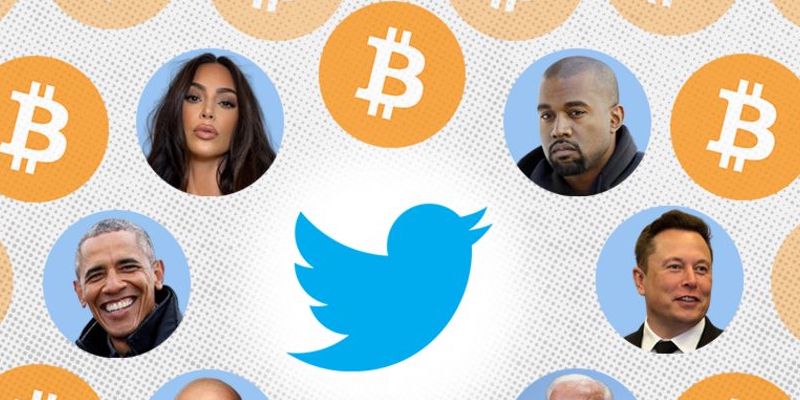 Between the coronavirus, Hong Kong, and TikTok, relations have never seemed worse between the world’s two largest economies.

Is this the next Cold War?

Things got heated this week after the U.S. signed a bill to punish Chinese officials for the new security law that curbs the rights of Hong Kong residents, ending preferential trade treatment for Hong Kong. China quickly vowed to retaliate against President Trump’s decision. Aside from a dangerous ‘blame game’ over mishandling of the coronavirus, TikTok has also become a divisive topic. On Monday, White House trade advisor Peter Navarro dubbed TikTok’s new CEO Kevin Mayer an “American puppet” for working at the Chinese-owned social media app, while Secretary of State Mike Pompeo revealed plans to ban the app in the U.S. over privacy concerns. With China becoming the first major economy to return to growth this week, and with the world’s two powerhouses jockeying for supremacy, it’s looking ever more likely that the trade deal will collapse, perhaps irreparably.

It is estimated that, as of May 2020, there are more than 40 million U.S. users of TikTok, with close to 2 billion downloads on the App Store and Google Play worldwide.

We all know that the big banks kick off earnings season, but were results as bad as analysts feared?

So, how did the banks do?

It was a mixed bag for the ‘Big 6’. JPMorgan (NYSE: JPM) and Citigroup (NYSE: C) began the week, beating top and bottom-line estimates, while the less-diversified Wells Fargo (NYSE: WFC) posted a dismal quarter. Goldman Sachs (NYSE: GS) smashed estimates thanks largely to increased trading activity amid the volatile second quarter. Finally, Bank of America (NYSE: BAC)  reported a mixed bag, reporting heavy loan losses but beating on revenue, while Morgan Stanley (NYSE: MS) closed out the week with soaring revenue. Things could’ve been worse, with only Wells Fargo reporting a loss — its first since the 2008 crash — and Goldman enjoying its biggest earnings outperformance in almost a decade. However, the almost $35 billion in combined loan-loss provisions is a worrying sign as more businesses struggle to repay loans. All things considered though — mass unemployment, pandemic, and civil unrest — it was an optimistic result for the big banks overall, and a promising start to earnings season.

The largest bank in the world is the Industrial and Commercial Bank of China Ltd, which generated revenue of $123.6 billion in 2019.

In the unusual case of the Irish government and Apple (NASDAQ: AAPL) versus the European Commission, the tech giant came out on top.

What was this case about?

The EU concluded back in August 2016 that the Irish government had granted illegal tax benefits to Apple and ordered the country to recover €13 billion ($14.9 billion). At the time, the Commission said that Ireland had enabled Apple to pay “substantially less tax than other businesses over many years,”. The Irish government and Apple decided to appeal the Commission’s decision, with the latter arguing that the order to repay taxes “defies reality and common sense”. This week, the EU’s general court appeared to agree, stating that the Commission could not substantially prove any wrongdoing. This has been a divisive topic in Ireland, with many feeling the tax should be paid by the multinational while others argue that the long-term benefits of having Apple remain in the country outweigh the need for payment. All parties involved have two months to appeal the decision, and in the meantime, I expect Apple to bribe us all here in Ireland with free Apple Watches.

Big Tech is no stranger to tax disputes, with Amazon (NASDAQ: AMZN) estimated to have ‘aggressively avoided’ $100 billion in global tax between 2010 and 2020.

Even when you thrive during a global pandemic and add millions of subscribers to your service, investors will always want more from companies like Netflix (NASDAQ: NFLX).

How bad was Netflix’s earnings call?

Define bad? To a long-time fan of Netflix and an investor, I myself was pretty pleased with its second quarter. The company reported $6.15 billion in revenue with 10.09 million new subscribers, bringing its total new subscribers YTD to 26 million, compared with the 28 million added in ALL of 2019. However, it missed on EPS of $1.59 vs. $1.81 and there are warranted concerns over the company’s comments that “growth is slowing as consumers get through the initial shock of Covid”. That aside, Netflix has also named Chief Content Officer Ted Sarandos as co-CEO, outlining a clear plan of succession, though founder/CEO Reed Hastings has confirmed that he plans to stick around for some time yet. It could be that Hastings may eventually drop into a more advisory role, as Bob Iger has at Disney (NYSE: DIS). Whatever the case, I am not too concerned about the future at Netflix, and believe the shakeup at the top will only benefit investors in the long run.

In 2019, Netflix launched an estimated 2,769 hours of original movies, TV shows, and other productions, which is 115 days straight of content.

On Wednesday, some of the biggest names in the U.S. had their Twitter (NYSE: TWTR) accounts hacked during an elaborate bitcoin scam which resulted in all verified accounts — the ones with the pretentious blue tick — having access banned for several hours. Those affected included Presidential candidate Joe Biden, Barack Obama, Bill Gates, Kanye West, and — wait for it — Elon Musk! And there you have it, we have successfully written an #AndFinally story involving both Elon Musk and Yeezy 3 weeks running. To say this is one of my greatest achievements would be an understatement, but the show must go on, so here’s the rest of the story. More hacks followed, including Apple’s official page, and each one tweeted something along the lines of: “Send Bitcoin and we will send back double your money”. By Wednesday night it seemed that the attacks had ended, but the damage was done, and as of yet, the total amount of money sent is unknown.

It appeared as though Twitter had very little control here, with CEO Jack Dorsey labeling the event as a ‘tough day’, while investigators have elaborated on what they believe was a coordinated social engineering attack by people who gained access to Twitter employees’ tools. Whatever happened, it throws serious question marks over Twitter privacy and security, especially with its reported plans to launch a paid subscription service.

It is estimated that up to 15% of all Twitter accounts are made up of automated ‘bots’.