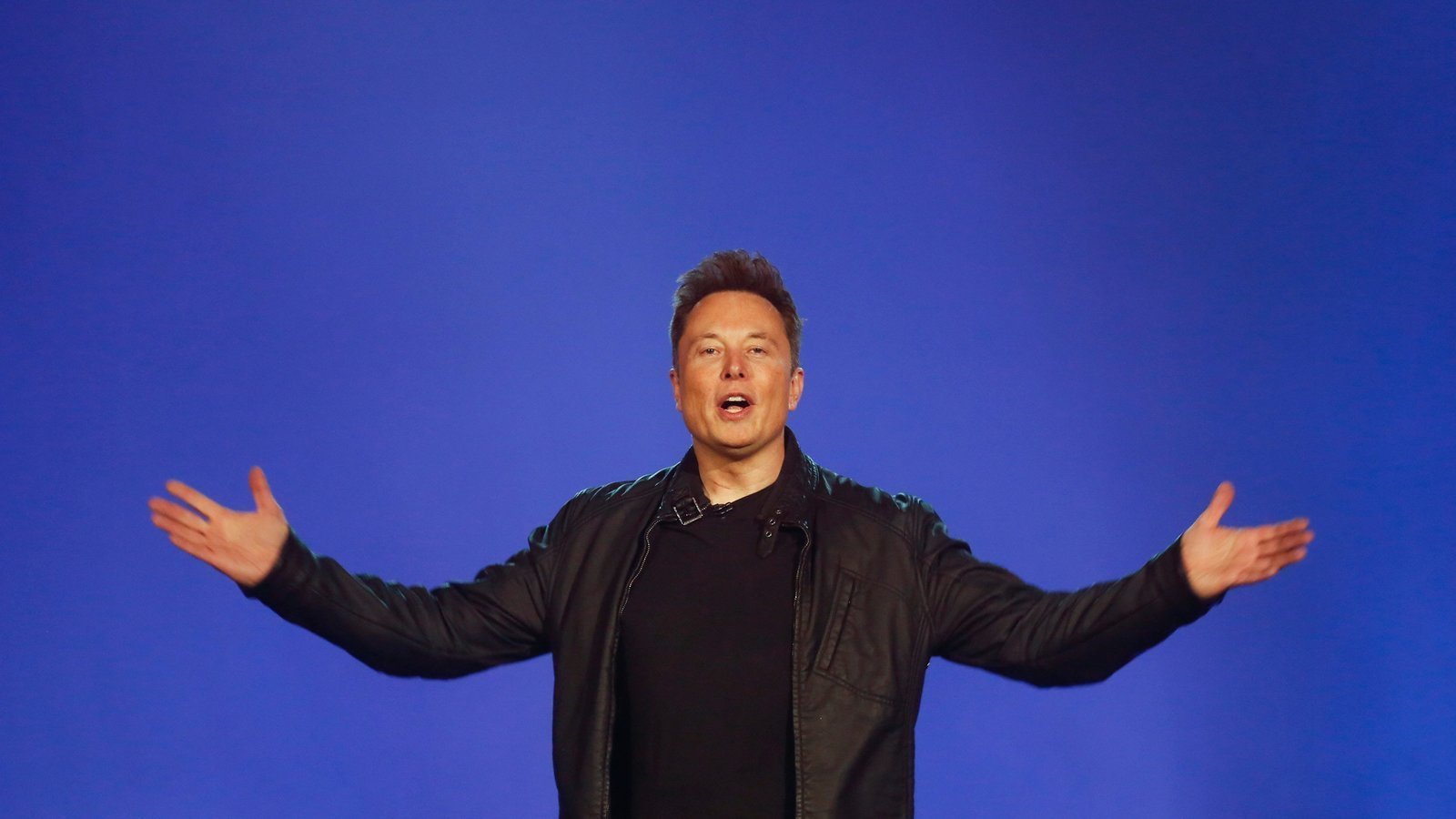 Surely even the most bearish analyst of Tesla (TSLA) would be feeling the tug of the bull after seeing Tesla’s second-quarter numbers.

For its fourth straight quarter, Tesla is profitable, and what’s more, Elon Musk didn’t do anything weird or Tweet anything ‘stock manipulativey’. I’ve said it before and I’ll say it again: it’s Musk’s world, and we’re all just along for the ride. There was a lot of talk going into this report that Tesla really had to step up and prove it wasn’t all hype, but the EV-maker delivered in a big way with EPS of $2.18 (excluding items) versus $0.03 expected, on revenue of $6.04 billion, giving it a $104 million net profit. Tesla is on the cusp of a $300 billion market cap with its stock nearly quadrupling YTD and a full year of profitability will have it eyeing up that lucrative S&P 500 (VOO) spot. Tesla’s addition would mean that investment funds that track the market index would buy the stock, potentially driving its price even higher as we’ve seen with other additions.

As of today, Tesla is actually the 15th most valuable company in America, putting it in the top 20 most valuable businesses in the world.

Microsoft’s (MSFT) long-time perception as being the ‘good guy’ in Big Tech seems to be coming to an end as rival Slack (WORK) brings an antitrust claim into the fold.

Why is Microsoft in trouble with antitrust?

There are only three things that Big Tech fears: competition, taxes, and Europe. Microsoft is facing off against at least two of those fears now after Slack’s David lodged a European Union complaint against Microsoft’s Goliath on Wednesday, dragging the latter into Europe’s never-ending war against Big Tech. Slack accused Microsoft of “illegally tying its Teams product into its market-dominant Office productivity suite, force installing it for millions, blocking its removal, and hiding the true cost to enterprise customers." Comparisons have been drawn with Microsoft’s infamous crushing of Netscape in the 1990s and this complaint opens the door for other SaaS firms to go after Big Tech rivals, including Zoom (ZM), who may have a thing or two to say about Microsoft and Google’s (GOOG) competing teleconferencing services. This comes at a bad time for Microsoft, who’s Q2 EPS of $1.46 on revenue of $38.03 billion less-than-impressed investors this week, sending shares down.

‘Antitrust’ gets its name from laws that were originally established to check the abuses threatened or imposed by the immense “trusts” that emerged in the late 19th Century.

Bad news for our neighbors across the Irish Sea as the Sheriff of Nottingham appears to have scuppered Robinhood’s UK expansion plans.

Why is the expansion being halted?

Ok, maybe the sheriff part isn’t completely true… “We are refocusing our efforts on strengthening our core business in the U.S.” is the official line from Robinhood. The move to scrap its plans to bring its low-cost brokerage services into the UK comes a mere eight months after it opened a waitlist to British customers, having previously obtained broker authorization from the Financial Conduct Authority. Robinhood is expected to close its UK website and begin diverting the resources earmarked for the expansion back into building its U.S. offering. The firm has become a popular entry point for first-time investors in the U.S., growing from 1 million users in 2016 to over 13 million this year and its most recent valuation came in at $8.6 billion. However, the company has also been widely criticized for its contribution to the growing popularity of ‘day trading’ since the pandemic began, which saw its platform experience an outage back in March due to high volume.

Robinhood’s name comes from its mission to "provide everyone with access to the financial markets, not just the wealthy". Should someone tell them that the original Robin Hood actually stole from the rich?

Sometimes there just aren’t enough fives on Friday to give every earnings report its own slot, but these members of the MyWallSt family also reported this week.

How did these stocks do in Q2?

Pandemic or not, people still love to drink as proven by Boston Beer’s (SAM) knockout Q2 net income of $60.1 million, or $4.88 a share. Shares soared after-hours, while Boston Beer’s stock has risen more than 77% YTD.

Who needs to meet revenue expectations when your user growth is up 34% like Twitter (TWTR)? Shares rose following its Q2 earnings, but the social media site’s 23% ad-revenue dip played a large part in the company’s disappointing $683 million revenue reported.

I hope you’re hungry because Chipotle’s (CMG) earnings are quite a dish: Despite digital sales tripling in Q2, net income plummeted 90% YOY to $8.2 million as the company struggled to offset the damage of dining room closures.

Despite seeing its largest decline in quarterly revenue in 30 years, Coca-Cola (KO) investors were happy with the company’s net income of $1.78 billion and EPS of $0.41. CEO James Quincey provided an optimistic outlook that the worst of 2020 was now behind the company.

Despite smashing EPS estimates with $1.06 per share on revenue of $279.9 million, investors in iRobot (IRBT) were unhappy with the company's humble guidance. The Roomba-maker advised that revenue for Q3 would likely be flat to slightly more than the previous year.

It’s not a great time for orthodontics, as evidenced in Align’s (ALGN) earnings which saw them report a quarterly loss per share of $0.35 on revenue of $352.31 million. Align shares have added about 13% since the beginning of the year versus the S&P 500's gain of 0.8%.

Not knowing what we do now about the adverse effects of soda, late 1800s parents would give Coke to fussy infants, who presumably regretted their decision when the sugar rush hit.

The saga of Theranos is far from over it seems as founder Elizabeth Holmes will likely have her criminal trial delayed until early 2021 due to a global pandemic with no cure in sight. Step in, the internet and its army of memes related to how Holmes herself should work on a cure for the coronavirus. If you’re not aware of the story — perhaps you’ve been living under a rock — I’ll give you the simplest rundown I can: Theranos promised a revolutionary way to detect diseases, founder Holmes ruled the company with an iron fist, got some powerful friends to back her, and was eventually revealed to have been lying the whole time. Essentially, she was trying to sell technology that didn’t exist. So anyway, fast-forward 5 years and she’s still no closer to seeing a prison cell. However, a pretty star-studded list of potential witnesses has been revealed, which includes Rupert Murdoch, James Mattis, Henry Kissinger, and more.

So, what’s going to happen now?

Nothing yet, most likely. Despite yet another indictment being filed against Holmes last Friday, the former Theranos CEO looks no closer to receiving a trial date. Meanwhile, I’m desperately anticipating an explosive conclusion to this story as I have become slightly obsessed, ever since I read John Carreyou’s incredible book, Bad Blood — I highly recommend it.

Elizabeth Holme’s father was actually vice president at Enron, and although he was not involved in the 2001 scandal, you could say that fraudulent companies run in the family.