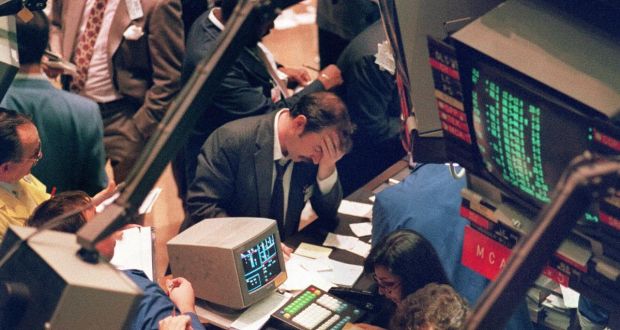 When I was studying for a Masters’s degree a couple of years ago, I was asked if I wanted to take my studies to another level via an ‘Honors Program.’ Now this was in a Dutch university and I’m sure students from other countries have similar programs, but I’d never encountered something like this when doing my undergrad in Ireland.

So, I did some research and concluded that it was essentially just an extra bit of prestige on top of an already decent MA and it didn’t seem worth the hours of extra work. After all, I was already working 4 days a week as a young content editor for an e-commerce company that sold piercings — long story. So I didn’t go ahead with it and went about getting my degree. However, it turned out that it was far more than just a bit of prestige and my classmates who opted to do this program were actually introduced to an incredible network of contacts, resources, and other benefits I wasn’t previously aware of.

Things did work out for me in the end, but I still have the odd pang of regret at not taking the opportunity. Hold on, there is a point to this.

It is looking ever more likely that Tesla is going to be added to the S&P 500 sooner rather than later. Its stock has almost quadrupled year-to-date, it’s the largest automaker in the world, and it just posted its fourth consecutive quarter of profitability — the final piece of the puzzle.

Talk of S&P 500 inclusion has been rampant since even before the earnings report, but one recurring theme among investors I keep seeing is why inclusion matters at all? Isn’t it just about prestige? No different from Netflix’s desperate attempts at winning an Oscar.

Well, much like that Honors Program I never did, a lot of the benefits lie beneath the surface.

ETFs that track the S&P 500, such as SPY or VOO, are required to own the stock, so getting listed on the index creates a discrete but positive change in demand and a broadening of your investor base. For example, if the S&P 500’s collective index funds total more than $2 trillion and (hypothetically) Tesla made up almost 1% of the S&P 500 — according to this Wall Street Journal piece, 1% is within reach — its index funds would own $20 billion in Tesla alone. This is nearly 10% of Tesla’s current market cap; nothing to be sniffed at.

The S&P 500 is the most widely followed index in the world. Because of the popularity and large company size, member companies are followed by an army of stock analysts, and thus there tend to be fewer price inefficiencies. Also, since retaining membership will become a new priority, the company management cannot really make too many bad decisions as it is always under scrutiny. There are always exceptions though.

This can be good and bad. If an index fund buys a company’s stock, they're just buying it and sitting on it. They're not buying and selling stock actively, which, on one hand, should help reduce volatility. On the other hand, the actual shares being traded on the market are reduced, meaning that reactions to news or an earnings report could actually increase volatility in the short-term.

Ok, so I know this is a base benefit, but it’s still no bad thing to be able to turn around to investors and say: “Hey, look at us! We’re part of the S&P 500 now.” It certainly doesn’t hurt Tesla’s bull case.

So there is still an issue with this: Tesla isn’t in the S&P 500 yet and may not be added at all. Eligibility is a complicated matter which includes a committee, a minimum market cap of $8.2 billion, reporting four straight quarters of profit as determined by U.S. generally accepted accounting principles (GAAP), and much more.

There’s no denying right now that Tesla’s stock is massively inflated and I personally won’t be adding to my holding unless there’s some pullback. The committee will have to decide whether Tesla is a ‘fit’ for their beloved index, and despite its massive gains this year, this inflation could play against its inclusion. The committee meets on a quarterly basis to rebalance the index, and the next meeting is scheduled for the third Friday in September, so we have some time to wait yet.

Perhaps an explanation of the whole S&P 500 inclusion process would make a good future Insight. Be sure to hit up Rory on Twitter about your thoughts — especially while he’s on holiday this week.