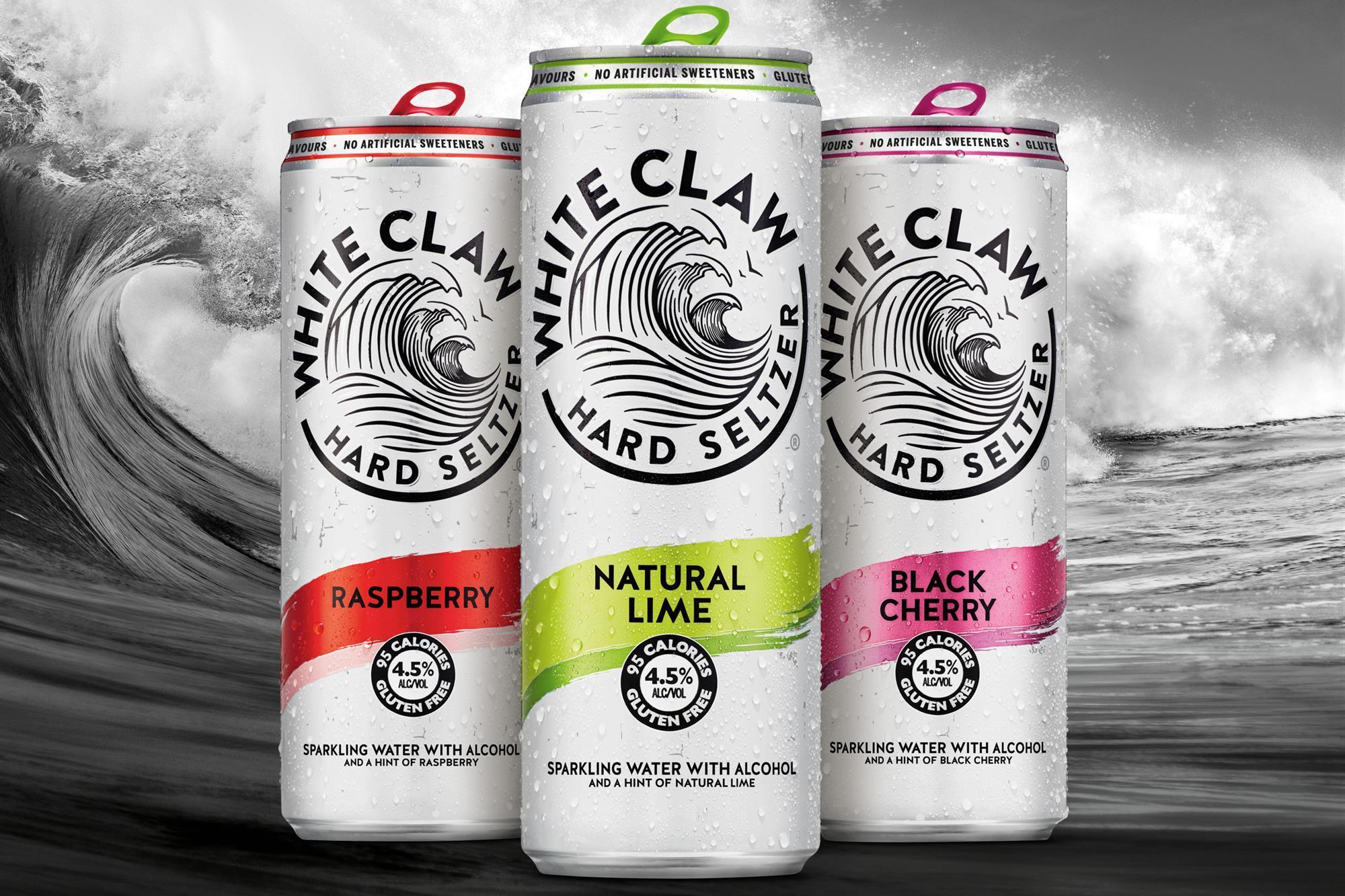 The Rise of Hard Seltzer

As some of our younger readers might already know, the summer of 2019 will be forevermore known as “White Claw Summer”. This is the same “claw” that is referenced in the aforementioned tweet from Portland police and is all thanks to the sudden explosion in popularity of the hard-seltzer drink, White Claw.

Produced by Mark Anthony Brands, this stylish brand of canned alcohol became the hero of those long, hot summer days and, although I can’t find any concrete evidence of more lawbreaking than usual as a result of “claws”, the surge in demand did see a nationwide shortage of White Claw by September of that year. By December, sales had jumped over 250% compared to 2018.

It’s not just one specific brand that is benefiting from the public’s newfound thirst for hard seltzer drinks, however. Last Friday, shares of Boston Beer jumped some 25% to hit all-time highs thanks to a great report by the company, thanks in now small part to its own brand of Truly hard seltzer drinks. Shipments for Truly products were up 35% in the last quarter as Americans apparently decided there was nothing better to do in lockdown than drink cans of sparkling alcohol in their living rooms, contributing to the 100% growth in per-share earnings seen by Boston Beer.

Notably, CEO Dave Burwick also said this in an interview with CNBC after the earnings call:

“There’s this fundamental shift right now that hasn’t happened in the beer category since light beer was launched in the late ’70s, which is called hard seltzer.”

For those of us too young to remember, the launch of the Miller Lite in the early 1970s was a game-changer. It proved to industry execs that people now wanted to count their calories as they got wasted and many companies like Coors and Budweiser quickly followed suit. Fast-forward to March 2020 and the three most popular beers in the U.S. are Bud Lite, Coors Lite, and Miller Lite respectively.

So will hard seltzer be the next revolution in the American alcohol industry?

Well, it might already be. IWSR, the drinks market analysis firm, forecasts that the hard seltzer market is set to triple by 2023. Another report by Grand View Research estimates that the global hard seltzer market size is expected to reach $14.5 billion by 2027, expanding at a CAGR of 16.2%.

I’ve previously written about the premiumization of the alcohol industry and hard seltzer definitely falls into this trend. However, the sudden explosion in popularity marks it as an outlier too and this seems to come down to the intersection of several different consumer trends.

The health aspect is probably the biggest factor in all of this. With less than 100 calories per can and with fewer carbs and sugar than beer, hard-seltzer is the preferred option for health-conscious consumers that fancy a tipple. Trust millennials to find a healthier way to get drunk.

The hard seltzer has also benefited from the wider popularity of non-alcoholic seltzers like La Croix, though this might also be considered a cautionary tale about the capricious nature of the consumer. Other analysts have pointed out the social media savviness of the White Claw team in getting their product to become “memeified” and, in particular, appealing to a broad customer base. According to the company, 53% of its customers are men and 47% are women, which is an incredibly even split in the notoriously gender-targeted world of alcoholic beverages.

And then some industry experts have attributed the popularity of seltzers to the convenience of drinking from a can rather than a glass bottle. Indeed, many wine producers are already jumping on the trend of canned wine, which allows me to segue nicely into my favorite ‘It’s Always Sunny in Philadelphia’ episode:

Those guys were always ahead of the times.

But back to the point. Though White Claw still commands the lion's share of the hard seltzer market (58% at the end of last year), all of the big players in the beverage industry have scrambled to get a piece of the pie. Boston beer has Truly, Anheuser-Busch acquired Bon & Viv a few years ago, Constellation Brands has Svedka, MillerCoors has Henry’s Hard Sparkling and Diageo has a Smirnoff-branded hard seltzer. All of this reminds me of a few years ago when many larger  brewers took significant stakes in small marijuana producers as a means of keeping abreast of the growing weed trend. Unfortunately, this play still hasn’t worked out for most of them with Constellation, in particular, taking a huge hit on their investment in Canopy Growth recently.

The hard seltzer revolution won’t face as many difficulties as the weed industry, but I fear its opportunity isn’t as large either. While we will almost certainly see a lot more brightly-colored cans appearing on our Instagram feeds with the caption “hotdogs or legs?” over the next few years, it has been noted before that alcohol consumers have become much more fickle in their choice of drink. This means that investors should not look to jump on making money from the hard seltzer trend (that horse has already bolted), but rather those companies that will benefit from its rise along with the rest of their business.