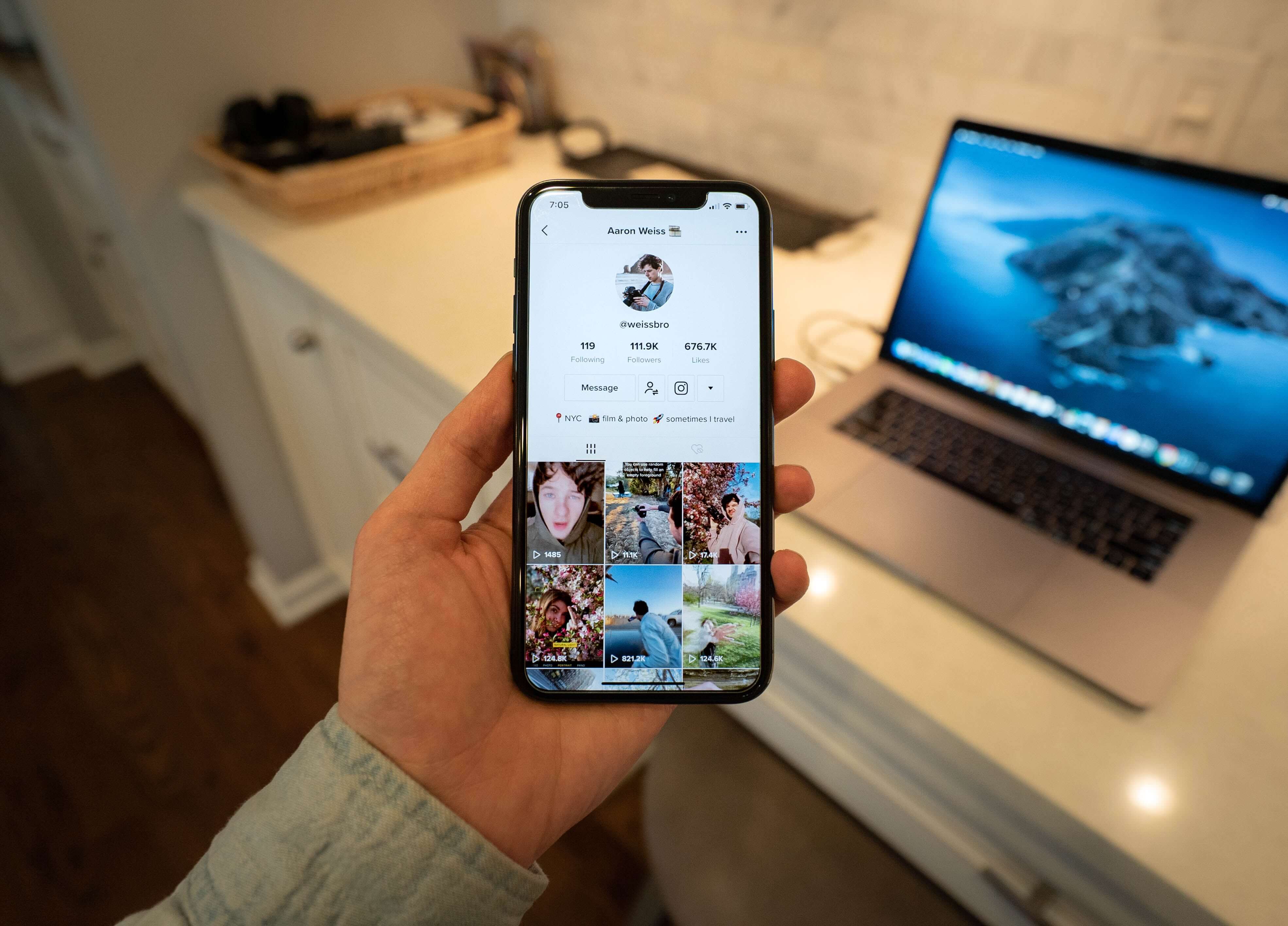 In possibly the strangest acquisition saga of the year so far, Microsoft is forging ahead with its plans to acquire the U.S. operations of ByteDance-owned TikTok.

Why does Microsoft want TikTok?

You’ll have to ask Microsoft CEO Satya Nadella. Nadella has spent the past 6 years at the helm trying to wean Microsoft off of consumer-facing products and focusing instead on enterprise solutions. With a roughly $1.6 trillion market cap, this strategy has worked, but now they want to spend billions on a popular video app? It’s unusual, and though the move would turn Microsoft into a pretty formidable competitor in the advertising space, it still wouldn’t put it anywhere near the likes of Facebook or Google. What’s stranger is the lack of other suitors, but with antitrust on the prowl, perhaps no other Big Tech giant would actually be permitted to buy it. But there’s no doubt that the app and its 100 million U.S. users are hot property right now. Of course, President Trump’s September 15 deadline on getting the deal done and his request that the U.S. Treasury should get a cut of the deal could hamper any plans, so for now, we must wait and see.

As of July 2020, TikTok has close to 800 million users worldwide and has been downloaded over 2 billion times.

The fact that the newly merged company consisting of both Teladoc and Livongo will be called ‘Teladoc Health’, and not the much cooler ‘Telavongo’ will always bother me.

What’s the point of the merger?

Despite their combined valuations coming into 2020 being less than $10 billion, one pandemic later has seen Livongo acquired by Teladoc for $18.5 billion. The stunning move will see Teladoc pay $11.33 and exchange 0.592 shares for each share of Livongo, which amounts to a 58% to 42% split in terms of control. It makes sense as Livongo now gets access to Teladoc’s 70 million users, while Teladoc can avail of Livongo’s long-term patients, especially as there is only 25% user crossover between the two. Then there’s the negative argument — mostly from Livongo investors — that the company has ‘sold out.’ With more than 500% growth year-to-date, some felt it had a lot of room still to grow as an independent company. The combined company will have a multiple of about 19 times revenue based on 2021 estimates and a value of roughly $38 billion, which many could argue is overpriced. In my opinion though, only good can come from combining the efforts of the country’s 2 biggest telehealth businesses.

Thanks to the coronavirus and people generally just not wanting to see other people, Teladoc usage has soared 203% year-on-year.

Despite its rather lackluster earnings report last week, Google has more than made up for it with headlines this week, including its Fitbit deal, new phones, and more.

Where should we start?

Let’s start with the unexpected release of not one, not two, but three new Pixel phones on Monday, with the first available this month and its two 5G devices available this fall. In other words, Google is admitting that it has two more phones to still release at the very same time as it’s actually releasing another phone. It’s messy but necessary because this month’s Pixel 4A is coming out significantly later than expected due to COVID-19. And then, on the same day, Alphabet announced it is taking a 6.6% stake in ADT Inc for $450 million, betting on the home security company’s strong customer base and an army of technicians to drive sales of its Nest devices. All the while, the European Commission confirmed this week that it will be officially investigating Google’s $2.1 billion deal to purchase Fitbit which was finalized last November. The deal is under serious threat now as antitrust regulators fear how Google will use Fitbit users’ data.

Before the Apple Watch came along in 2014, Apple actually sold Fitbit devices in its brick-and-mortar stores.

How did these stocks do in Q2?

There were still plenty of earnings reports to talk about this week to keep The Good, The (Not So) Bad, and The Ugly ticking over.

If you haven’t noticed yet, video games are so in right now, with Activision Blizzard posting record revenue growth of 38% to $1.9 billion, beating analyst estimates. It is seeing exceptional numbers from its popular ‘Call of Duty’ franchise, with ‘Warzone’ hitting 75 million downloads since March.

Education stock Chegg reported total net revenue increased 63% YoY to reach $153 million, with net income coming in at $10.6 million. Guidance for the second half of 2020 was positive with the company predicting total net revenues of between $605 million and $615 million.

New York-based Datadog earned an adjusted $0.05 per share, swinging to a profit from a year earlier, while revenue jumped 68% to $140 million. For the current quarter, Datadog's earnings forecast ranged from zero cents to a $0.01 profit on revenue of $144 million.

E-commerce is also very hot right now, with Etsy reporting EPS of $0.75 on revenue of $428.7 million. For its third quarter, Etsy expects revenue in the range of $366 million to $426 million, well above estimates of $279 million.

Q2 results getting leaked a day early wasn’t the worst thing for Square, which reported a 64% jump in net revenue to $1.92 billion, or EPS of $0.18. Meanwhile, its flagship Cash App product saw gross profit jump 167% YoY to $281 million.

Much like its biggest rival, Activision, Take-Two had a great quarter as net bookings grew 136% in Q2. The company also reported a record quarterly GAAP net revenue growth of 54% to $831.3 million as more and more users consistently engage with online content.

Trupanion has been on an unstoppable run of late and reported Q2 earnings of $0.04 per share, beating the estimates of a loss of $0.01 per share. The pet insurance provider also saw revenue jump 28% YoY to $117.92 million, beating estimates by nearly 3%. See more here.

Cloud is king right now, and Twilio investors know it following the company’s earnings report which showed EPS of $0.09, up 200% YoY, on revenue of $400.8 million. For Q3, Twilio forecast revenue in a range of $401 million to $406 million, versus analyst estimates of $379 million.

Pandemics are good for streaming, which is why Roku reported a revenue increase of 42% YoY to $356 million. However, things took a pessimistic turn when the company then reported that TV ad spend won’t recover to pre-pandemic levels until “well into 2021”.

Wix.com had a record-breaking quarter, adding 9.3 million registered users — up 64% YoY and reporting a revenue increase of 27% to $236.1 million. Guidance for Q3 was optimistic with the company anticipating between $247-$250 million in revenue.

GoPro founder Nick Woodman started the company in the back of a VW bus, which was later stolen after Woodman made his first deal in 2004.

Q2 was a bit of a ‘disnaster’ for the House of Mouse — see what I did there? Operating income at its Parks and Resorts took a $3.5 billion hit, Studio revenue fell 55%, and quarterly net losses came in at $4.72 billion — its first quarterly loss since 2001. However, losses per share of $0.08 were far below the $0.64 expected, and Disney+ is still flying with 60.5 million confirmed subscribers. This time last year, Disney was still raking in billions for the highest-grossing movie of all time, ‘Avengers: Endgame,’ but fast-forward 12 months and 10 years’ worth of production has been disrupted, including new Star Wars and Marvel movies. However, we finally got a confirmed release date for the much-anticipated ‘Mulan’, which will be available to stream on Disney+ from September 4 — for $29.99.

Perhaps Disney is trying to keep this artificial cinema experience as realistic as possible, i.e. completely overcharging for a couple of hours entertainment. It’s a bold move and one I’m sure the cinemas won’t be happy with, but to be honest, no movie’s worth $30 in my opinion. Especially if they really have cut “I’ll Make A Man Out Of You” in the live-action remake.

The 1998 animated version of Mulan actually has the highest kill-count of any Disney character after she killed more than 2,000 Huns by starting an avalanche.