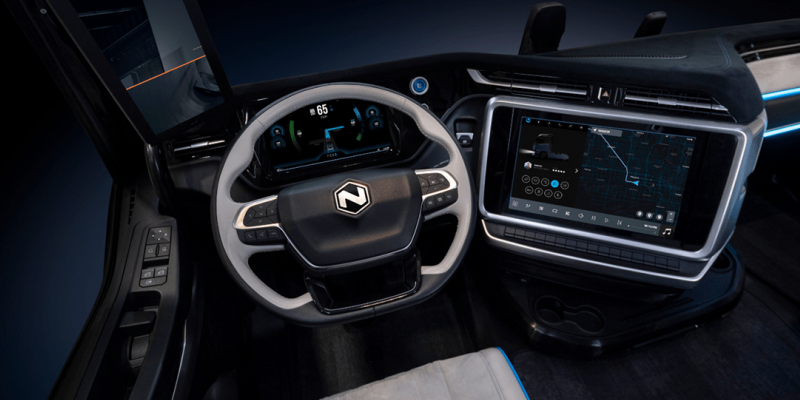 Get Your Sweat On

Introverted exercise enthusiasts and anti-gymmers everywhere rejoice; Peloton smashed earnings and its bike is getting cheaper.

How was Peloton’s Q2 report?

Earnings per share came in at $0.27 on revenue of $607.1 million, blowing expectations of $0.10 on revenue of $582.5 million away, while it also boasted a net profit of $89.1 million. Peloton also announced two new products at $2,495 each: the Bike+ and The Tread. Meanwhile, the company’s flagship bike will drop to $1,895 from $2,245 on Wednesday. While I am very happy for all the venture capitalists and CEOs who can now get a slight discount on what is essentially a bicycle that fails to provide its basic function — transport — it is still incredible that such premium priced equipment can have such a large following. Demand for the company’s original stationary bike and workout programs has skyrocketed in recent months because people don’t fancy being sweated on in a gym amidst a global pandemic. Perhaps that feeling will change once there’s a vaccine and people don’t feel like buying stationary transport at sky-high prices.

Peloton is a massive community that boasts 3.1 million members in total, and only 2 million of them will tell you about it at every opportunity they get.

Who else was added to the index?

Aside from Etsy, pharma leader Catalent and automotive test equipment manufacturer Teradyne were added to the S&P 500 index this week, but let’s be honest, those two are boring. Instead, let’s look at the next big thing in e-commerce, although I’m sure Etsy would argue that it is already the ‘big thing’ in its niche corner of handcrafted online goods sales. It has defeated the advances of the evil Empire in the past — also known as Amazon — and just recently posted impressive revenue growth of 137% for Q2, bringing in a whopping $428.74 million. Becoming a member of the S&P 500 is no fruitless ceremony as it means that Etsy stock will now be purchased by tracker ETFs such as SPY and VOO, gain a wider following, potentially enjoy less stock volatility, and perhaps profit from a smidgen of prestige. Not everyone was happy with its inclusion though, with some feeling that a certain electric car manufacturer should’ve gotten the nod instead...

One outrageous stat from Etsy’s blowout Q2 is the fact that $436 million worth of face masks were sold through its platform.

Tesla who? It’s all about Nikola this week as the electric vehicle maker signed over a $2 billion stake to General Motors.

What does this partnership mean?

This partnership could be the start of a pesky little headache for Tesla. Not only has its stock plummeted this week over its S&P 500 snub, but now Nikola, a ‘competitor’ that has yet to deliver a single product, has just partnered with one of the biggest car manufacturers in America. The deal sees Nikola enter a subscription agreement with GM in which it will issue and sell 47.7 million shares worth roughly $2 billion based on a stock price of $41.93. Nikola will now get access to GM’s parts and components, including its Ultium battery technology, and GM will engineer, sanction, validate, and manufacture the battery-electric and fuel-cell versions of Nikola’s Badger truck. Despite Nikola’s stock soaring 40% on the news and Tesla plummeting simultaneously, the two businesses aren’t yet remotely comparable. While Tesla is now the most valuable automaker in the world, Nikola’s recent Q2 losses came in at $86.6 million and it doesn’t have a product yet.

I’m not sure who wouldn’t know this, but perhaps some of you don’t: Nikola and Tesla are both named for the same man, inventor Nikola Tesla. Hold the gasp…

Every time I think that earnings season is over, BAM! I’m whacked with a fresh batch of quarterly reports that need reportin’.

How did these businesses do in Q2?

The avocado growers saw EPS fall 19.78% over the past year to $0.73, which beat the estimate of $0.72, with revenue declining 25% to $270 million. The company failed to report guidance for the rest of the year which saw investors sell off shares following the report.

The retail group reported a mixed bag with EPS of $3.24 on revenue of $2.11 billion versus expectations of $2 on $2.13 billion. Shares in the company are up 9.5% since the start of the year, even amidst tough times for the retail industry.

Shares in the SaaS firm are down after-hours following Q2 earnings that showed revenue grew 32% year-over-year to $125.9 million, with subscription revenue growing 34%. However, the forecast EPS of $0.02 to $0.03 failed to meet Wall Street consensus standards.

The athleisure brand has had a wobbly week following a Q2 earnings report that topped analyst estimates with second-quarter net income of $86.8 million, or $0.66 a share. Total revenue rose to $902.9 million from $883.4 million in the year-ago quarter.

The workplace-collaboration software broke even on EPS with revenue of $215.9 million, far surpassing expectations. Additionally, it also reported a net loss of $73 million, down from $360 million a year ago.

In the past 30 days, 17,948 messages have been sent on the MyWallSt family’s Slack workspace, averaging just shy of 600 messages per day.

Grab some supplies, don your tinfoil hats, and head to that backyard bunker your wife told you you’d never actually need, because the robots are coming. At least, that’s what I gathered from the rather ominous op-ed heading I saw this week that read: ‘I have no desire to wipe out humans,’ robot writes in ominous op-ed. I mean, I feel like anyone who has to state that they don’t want to wipe out humanity has to be hiding something? The headline in question refers to GPT-3, OpenAI’s powerful new language generator, which was told to write an essay convincing readers that the machines come in peace. Just last week I covered a story in this newsletter about Amazon’s drones coming for us, and though you can take my dramatics with a pinch of salt, there is still something rather unnerving about robots writing essays. Not least because it could soon make my entire career redundant...

But wait Jamie, how do we know that you’re not a robot?

Those numbers above are what is known as ‘binary language’ or code, which is considered ‘computer speak’. Copy and paste into any Binary to English translator on Google to see what I said.