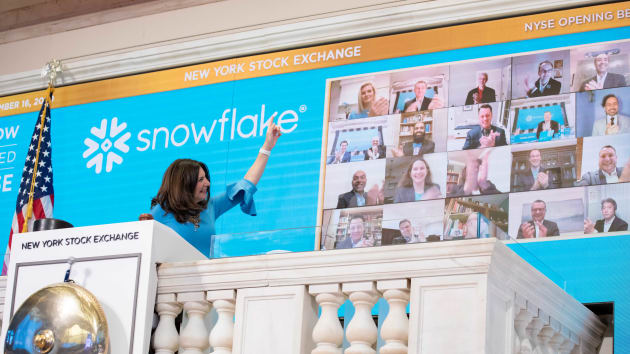 Will We Be Adding Snowflake To Our Shortlist?

Last week, Rory wrote about Snowflake and how its impending IPO had suddenly become the most anticipated of the year. Yesterday, the data warehousing company finally floated on the NYSE and closed the day at just under $254 per share — more than three times the price it was initially guided to open at. Sitting with a market cap of just over $70 billion (that’s larger than the market cap of 86% of companies in the S&P 500 index, by the way), Snowflake will now go down as the largest software IPO we’ve ever seen to date.

So how the hell did that happen?

Well, as Rory mentioned last week, the attention of Buffett’s Berkshire Hathaway, who invested $250 million into the company before it went public, certainly caught the eye of many investors. Although the Oracle of Omaha has made a few highly-publicized mistakes recently, his interest is still taken as a massive buy signal amongst most investors and directly contributed to the company upping its price range from $75 - $85 to $100 - $110.

Buffett’s little bet has now more than tripled in value to $800 million. Not a bad day’s work, eh Warren?

That’s not all though. Snowflake’s offering sits right at the intersection of some of the market’s hottest industries, namely cloud storage and data wrangling. In fact, the word “data” is mentioned almost 700 times throughout the company’s S1 document, while “cloud” comes in at a more reasonable 242 times. Now, I’m not saying you should build an investment thesis off information like that, but when we look at the recent successes of other companies in these fields over the last couple of years, it becomes clear why there is so much hype around this company.

Amazon’s Web Services — the undisputed grand-daddy of data — brought in a staggering $280.5 billion last year for example, while Google’s cloud arm brought in close to $9 billion in the same period. Snowflake’s own revenue total for the last fiscal year was a more modest $265 million, but it did report 121% sales growth in its most recent quarter. With that pace of growth, who’s to say they won’t catch up?

We often talk about traditional valuation metrics and how they often don’t match up with modern, high-growth companies. A price-to-earnings (P/E) ratio, for example, obviously doesn’t work with a company that doesn’t have any earnings. Snowflake lost $348.5 million last year, so the P/E ratio definitely doesn’t apply to them.

But even other metrics like the price-to-sales ratio (P/S) are made completely redundant by Snowflake. Based on its closing price last night, Snowflake had a P/S of 175. In other words, investors are willing to pay $175 for every dollar of sales Snowflakes makes. In comparison, Tesla — a company frequently accused of being overvalued — has a P/S ratio of about 16.

As long-term buy-and-hold investors, we frequently tell people to try and ignore the day-to-day movements of a stock price and instead focus on the future of the business. Snowflake is certainly a business that looks like it has a bright future, but looking at its current valuation, we’ll be waiting a long time before reality catches up with the market’s expectation.