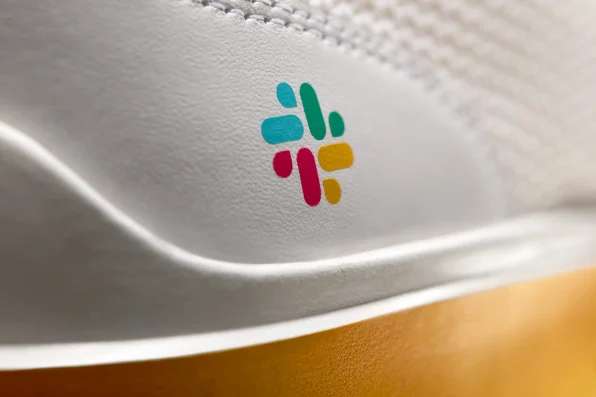 What A Weird Week

Hold your horses, nobody’s breaking up Big Tech… yet. However, that might change if the House Judiciary subcommittee gets its way. Not content with simply letting these companies rule the world, the committee concluded a 16-month investigation — all documented in a 450-page open letter — with recommendations including that Congress break up Big Tech. This could see the likes of Google spin-off YouTube, Amazon make a third-party sellers only site, and Facebook dump Instagram. Feel free to brave the official document here as to cover it all we would need a lot more than five Fridays. However, Amazon may have a double whammy on their hands this week after EU lawmakers, very politely I must add, wrote a letter to Jeff Bezos asking him if Amazon is spying on them. The letter comes after Amazon deleted two job postings for “intelligence analysts,” ideally with French and Spanish language skills. Hmmm, seems awfully suspicious to me, let’s see how this plays out.

There are 24 official languages in the EU, but there are actually more than 200 languages spoken on the continent. I reckon Amazon would have a hard time hiring staff for all of them.

When it isn’t designing sneakers or suffering outages, Slack is working on a host of new features to make workplace collaboration easier.

Back up, that’s a lot of information Jamie?

Ok, let’s back up! Slack is hosting its virtual Frontiers conference this week and has introduced some pretty nifty new features. Among these are verification protocols for organizations as added security, more in-depth connectivity tools, and the pièce de résistance, ‘Connect DMs’, which allows users inside an organization to collaborate with anyone outside their company simply by sending an invite. This made shareholders positively giddy with excitement, leading to its stock rising — we have a pretty low bar of what is exciting in 2020 it seems. However, we haven’t even gotten to the most interesting new product from Slack, which is its new sneaker range in collaboration with Cole Haan. This new SaaS-snaz is one of the most random things I’ve seen this week but I’m not going to lie; I want them. Unfortunately, unlike almost every other new Slack feature, these shoes are not free and will set you back a whopping $155.

Slack’s 6-hour outage on Monday turned out to be the most peaceful period in MyWallSt history, leaving many employees a chance to nap without the constant threat of receiving a GIF.

GoPro shares rose by almost 30% by the close of trading on Wednesday after they announced growth in the number of new subscribers for their latest product, GoPro Plus.

So, there's still hope for GoPro?

There’s finally some good news for GroPro shareholders as strong sales from its new flagship camera, the HERO9 Black, helped the action camera-maker hit 500,000 subscribers in Q3 for its GoPro PLUS premium service. The successful global launch of the camera is set to put the company on track to reach its 700,000 subscribers target by the end of 2020. GoPro launched lots of attractive deals to entice new users to subscribe such as discounts, free trials and bundle deals, but whether or not the company can retain its customers when their sign-on offers end will be the real test. If GoPro subscriber numbers remain positive and users stick around when they reach the end of their free trial, it’s possible the company could get back to enjoying its previous successes. Maybe in a post-COVID world we will all become more adventurous and need our GoPros, it could very well be the company to hold out hope for.

GoPro founder Nick Woodman started the company from his VW van where he sold seashell jewellery with his wife to raise funds for the startup.

This title doesn’t really hold too much relevance to Domino’s earnings call on Thursday, but I couldn’t pass up this opportunity to share the truth.

Enough of that, how did Domino’s do in Q3?

Much like a medium pepperoni without extra cheese or oregano, Domino’s earnings were only ok. Now let’s see how many pizza puns I can squeeze into this next sentence! Despite delivering mouth-watering Q3 quarterly revenue growth of 17.9%, a significant slice of this extra dough was spent on pandemic-related costs (I counted four puns, see if you can spot them). Earnings per share came in at $2.49 versus $2.79 expected, with revenue of $968 million exceeding expectations of $953 million, while same-store sales saw a 17.5% bump and net revenue hit $99.1 million. Having personally burned a 13.5 inch-sized hole in my wallet thanks to Domino’s since lockdown began, I’m not surprised. Another bright spot for this delicious stock came in the surprise announcement that it had completely paid off the full $158 million it had borrowed in Q2 to manage coronavirus costs. And with that, I think it’s time for dinner!

Of Domino’s 17,000+ locations worldwide, less than 300 are temporarily shuttered due to the pandemic, as of October 5.

I’ve only got one question here: what is the most expensive thing you’ve ever done with your butt? Actually, please don’t answer that, but I do bet that it wasn’t more costly than what Dr. Ali Vaziri’s did with his. The U.S.-based physician recently paid $4,280 for a Tesla upgrade after accidentally butt-dialing an in-app purchase. I mean, I’ve had some embarrassing butt-dial’s in my time, but this one takes the cake. “My phone was in my jeans,” Vaziri said in a statement. “I took it out, put it on this charger that comes with your Tesla and that’s it. A minute later? I got the text. I’ve never purchased anything through the Tesla app before.” Vaziri had owned the electric sedan happily for a few months at the point of his accidental purchase but is yet to receive a refund for the incident which happened on September 24.

Wait, this isn’t the first time this has happened?

Shockingly, Tesla has a history of this. Since January 2020, there have been ‘occasional’ instances of customers butt-dialing purchases worth upwards of four digits, with Tesla even admitting that they were aware of this issue at one point and were working on it. I mean, it’s an interesting strategy and could be an alternative revenue stream should Tesla run out of emissions credits to sell.

A 2010 study showed that 300 butt-dial calls per day were being made to Toronto police departments, which begs the question: why haven’t they done a more up-to-date study?