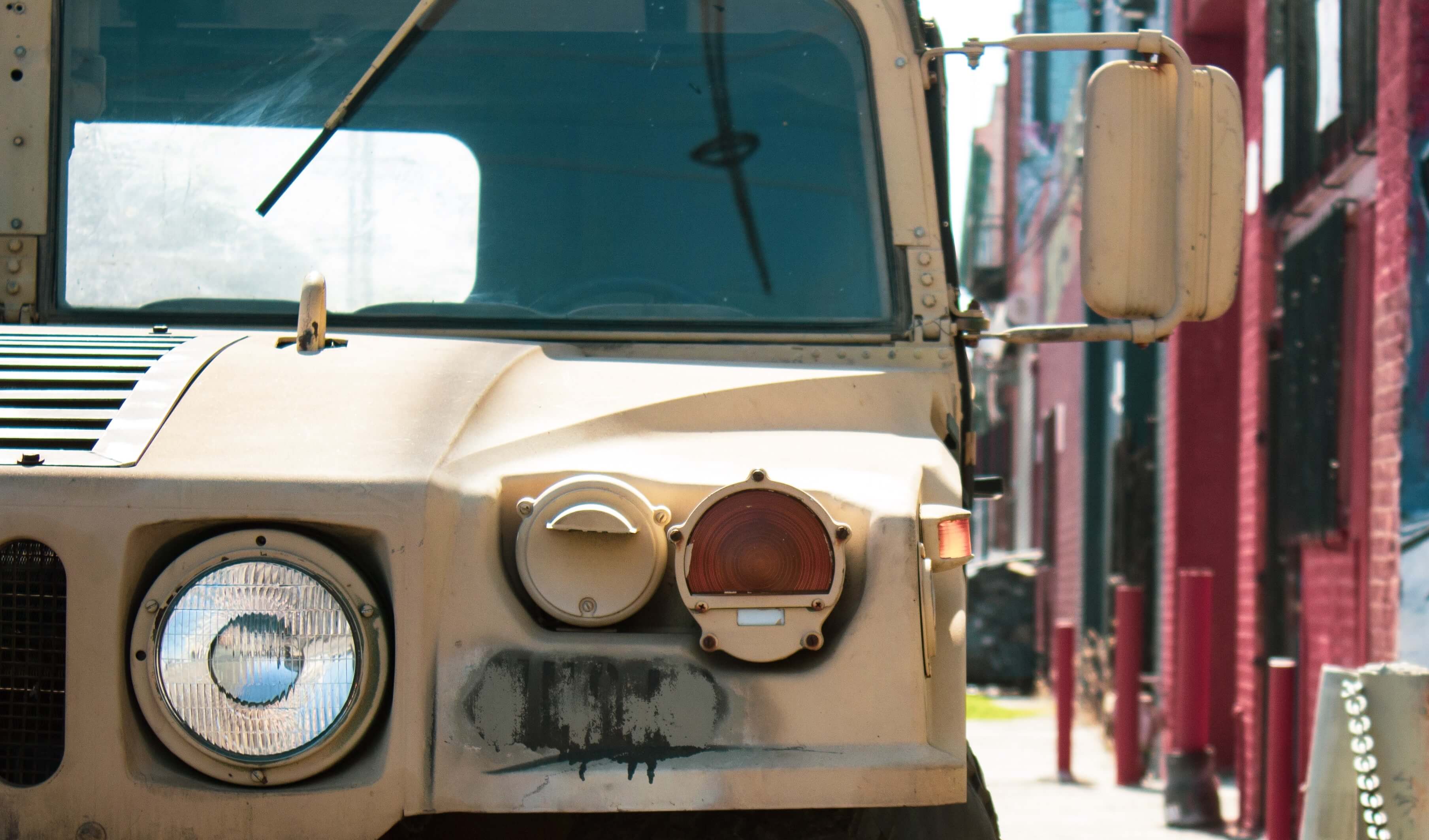 The Greatest Truck Ever

On Wednesday, Tesla reported better-than-expected earnings with $8.77 billion in revenue and earnings per share of $0.76.

‘’But all those new factories in Germany and Texas must have cut into expenses right?’’ I hear you ask, and yes they did — operating costs increased to $1.24 billion in Q3 this year. However, that wasn't enough to dissuade Tesla bulls who were more than delighted with the company's strong showing — even if it was only profitable for selling $397 million in regulatory credits. Intending to reach 500,000 new motor deliveries in 2020, Papa Musk needs some shiny new workshops, especially if he wants to compete with the new GM Hummer EV pickup which was launched on Tuesday. Elon Musk said that its Hummer rival, the Tesla Cybertruck, will have ‘lots of improvements’ after the GM Hummer received great reviews. Maybe his announcement came from feelings of insecurity over the new arrival, or perhaps he just wants to be the center of attention for a change. Remember, if you do buy Tesla’s Cybertruck, it won’t come with a new car smell but an Elon Musk…. I’ll let myself out.

Former California Governor Arnold Schwarzenegger was such a big fan of Hummer that he used to own seven of them. For environmental reasons, he has since dropped to just one that runs on vegetable oil.

Success. Money. Power. These are three things that Quibi never had in its brief existence, and will never have now after it announced a shutdown of operations this week.

It launched six months ago, in fact, but on Wednesday CEO Meg Whitman announced: “We feel that we’ve exhausted all our options. As a result, we have reluctantly come to the difficult decision to wind down the business, return cash to our shareholders, and say goodbye to our colleagues with grace.” Always the butt of the joke, Quibi was an over-the-top short-form streaming platform that generates content for viewing on mobile devices — basically, a Netflix that only contained 5-minute long episodes. It even attracted top Hollywood stars for its shows too, such as Chrissy Teigen and Idris Elba, while investors came from the likes of Disney, Warner Media, and more. However, as of a few weeks ago, Quibi’s projections of 7 million subscribers in its first year were closer to 500,000. What’s more baffling is that a celebrity-packed short-form video platform that was to rival Netflix failed in a time where the world is captivated by TikTok. Anyways, I guess we’ll never know how highly Quibi would be valued in this loss-making tech-loving market. RIP.

Quibi had 1.7 million downloads of its app during its first week, and none of them likely paid any money for it.

Yes, we know we’re using the easiest hashtag of all time, but it’s been a long week and it just fits so perfectly with this story about Snap Inc’s earnings and a potential Facebook diss.

Is Snapchat still a loser?

“The adoption of augmented reality is happening faster than we had previously anticipated, and we are working together as a team to execute on the many opportunities in front of us,” Snap CEO Evan Spiegel said in a statement. There you have it; people like bunny ears and bug eyes. It also explains the surprise Q3 blowout reported by Snap Inc as revenue hit $679 million on EPS of $0.01, versus the $555.9 million on losses of $0.05 expected. Oh, and more importantly, daily active users hit a massive 249 million. With every right to be cocky, Snap had a little pop at Facebook — we’re assuming. When explaining where its revenue beat came from, Snap reported that it took advantage of the third quarter’s opportunity to engage with brands that wanted “to align their marketing efforts with platforms who share their corporate values.” I’m sure that has nothing to do with the #StopHateForProfit Facebook ad boycott from last quarter…

Despite its massive failure, Snapchat still has a line of augmented reality glasses called ‘Spectacles’. Its latest range, the ‘Spectacles 3’, will set you back $380.

Earnings season’s back baby, and you know what that means? It’s the return of MyWallSt’s ‘The Good, The (Not So) Bad, and The Ugly’.

So, how did these companies do in Q3?

The maker of the Invisalign tooth-straightening system beat Q3 estimates with revenue of $734.1 million along with an adjusted EPS of $2.25. President and CEO Joe Hogan said, “I’m pleased to report stronger than expected results with record third-quarter revenues up 21% year-over-year reflecting strong momentum across all regions.” So were investors after the stock soared 35% on Thursday as a result.

The Swedish telecom giant beat estimates with a net income of 9 billion Swedish crowns ($1 billion), up from 6.5 billion a year ago, and a 1% increase in total revenue to 57.5 billion crowns. "While the pandemic has hurt revenues for several of our customers, we have not seen any negative impact on our business," chief executive Borje Ekholm said in a statement.

The Santa Clara-based bank posted a net income of $441.7 million, or $8.47 per share, compared to $228.9 million, or $4.42 per share in Q2. “We had an exceptional quarter driven by outstanding balance sheet growth, higher core fee income, strong investment banking revenue, and solid credit resulting in a reduction of reserves,” said CEO Greg Becker.

The Sam Adams brewer missed expectations on revenue of $492.79 million but managed to beat the Street with EPS of $6.51. Boston Beer shares have more than doubled since the beginning of the year, while the company reiterated its full-year earnings guidance in the range of $14 to $15 per share.

Chipotle sales rose 14.1% in its third-quarter to $1.6 billion, with EPS of $3.76, adjusted, surpassing analyst estimates. Despite rising pandemic-related costs, digital sales more than tripled for the second consecutive quarter and could exceed $2.5 billion in 2020, according to CEO Brian Niccol.

The soda-maker topped Wall Street’s estimates for Q3 with EPS of $0.55 on revenue of $8.65 billion, despite net sales declining 9% YoY. Coke did not provide an updated outlook for the remainder of 2020, citing the uncertainty of the impact of the pandemic, having pulled full-year guidance back in March.

For Q3, Gentex reported a 1% net sales decline YoY to $474.6 million, which was still the second-highest sales quarter in company history. EPS rose 9% YoY to $0.48 while cash and investments increased to $612 million after $50 million of debt was paid down during the quarter.

Despite a Q3 report that boasted a strong third quarter with losses per share of  $0.10 on top of revenue of $1.36 billion, iRobot shares have taken a hit this week due to weak guidance. iRobot indicated that growth in the U.S market had helped its business, with its products remaining popular on Amazon Prime Day this month.

The streaming giant posted EPS of $1.74 versus $2.14 expected, on revenue of $6.44 billion, which did manage to top analyst estimates, while net subscriber additions disappointed at 2.2 million versus 2.5 million expected. In Q2, Netflix warned this would happen after would-be subscribers accelerated signups due to the coronavirus.

According to a recent UK-based study, the average Netflix subscriber will spend 187 hours a year searching for something to watch on the streaming service. I wonder if they can monetize that?

I’ve had enough of this earth, I’d like to watch some Netflix in space please. And I might be able to sooner than I think because NASA is putting 4G internet on the moon. In a move towards establishing long-term human life presence on the moon, Nokia and NASA are joining up to put the first woman, the next man, and of course 4G on the moon by 2030. You heard that right. Those lucky enough to go on the voyage will now be able to check their email morning, moon, and night. Of course, NASA is saying the network is going to be used for astronauts to communicate, the lunar rovers, navigation, and high-definition streaming. I bet they sneak a quick episode of  ‘The Big Bang Theory’ while the astronauts are there though. I suppose they will need to be entertained on the moon, as I’ve heard there’s a different atmosphere up there.

Hold on, who’s making the spaceship?

Elon Musk’s SpaceX — he really does pop up everywhere doesn’t he? — and Jeff Bezos’ Blue Origin have been given the go-ahead to develop the new lunar lander to take the astronauts to the moon. The two companies will compete against each other to develop the spaceships before NASA decides between the two. We might have to wait a few years to see how it turns out as NASA plans to create a ‘Lunar Gateway’ which will orbit the moon by 2025. So no holidays to the moon just yet then, imagine the Instagram story opportunities though…

NASA is a huge cartoon fan, so much so that it named two of its satellites ‘Tom’ and ‘Jerry’. The devilish duo can be seen chasing each other as they orbit around the earth as part of NASA’s mission to measure our planet’s gravitational field.