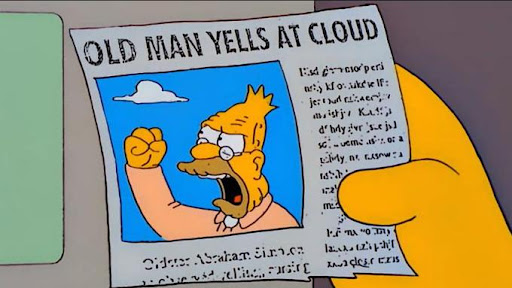 Do We Have Room For Another Gamer?

After a sluggish start to 2020, the IPO market is exploding. Companies that have released prospectuses or are expected to do so shortly include Airbnb, DoorDash, Affirm, Bumble, Instacart, AppLovin, and Upstart — and that's not even mentioning the numerous SPACs that are being launched (I think Chamath has about 50 at this point).

I think it’s reasonable (and even understandable) that a lot of companies got a serious scare at the start of the year. When a Black Swan event like CV19 hits, you suddenly realize how fragile these things can be. Multi-billion dollar businesses that were the life work of hard-working founders and early employees were put in jeopardy. Of course, these businesses always planned to IPO eventually, but listing now is a way for them to de-risk and built a strong cash position.

With that in mind, I recommend that members who are considering investing in upcoming IPOs (and even those who aren’t) read Charles Duhigg’s article published in the ‘New Yorker’ recently. It’s largely focused around the fiasco that was WeWork, which, I’m sure, many people are probably sick of hearing about. However, Duhigg looks at it from a different angle, focusing on the Venture Capitalists who funded WeWork throughout. It’s a long piece (about an hour's reading) but it's well worth the investment.

We’re going to talk about some of those upcoming IPOs in more detail in this week’s Stock Club podcast. However, I wanted to do a bit of a deeper dive into one particular one that has caught my attention.

Roblox is an online gaming platform that allows users to program their own video games using a simple and intuitive building blocks system. Users can also play games designed by others. The company was founded in 2004 by David Baszucki and Erik Cassel, and just released their S-1 last week.

Now, a bit of a disclaimer here: If you happen to have young children, they probably know more about Roblox than I do. I actually thought Roblox was a game, similar to Minecraft, until I read the S-1. Maybe some parents reading this thought that too. I think a better way of describing Roblox is that of a digital theme park, where every user is given the opportunity to create and participate in their own experiences. This, in my opinion, is a far more exciting prospect from an investing point of view than just another video game.

Gaming is undergoing a major shift at the moment. Products used to be all about great content. Today, gaming is moving very much closer to the world of social media — where social interactions, either with friends or strangers, is highly valued. The old model — in which a disc was purchased in a single transaction — is fading fast. Developers now seek to generate long-term recurring revenue from their products. Just like licensed software was displaced by Software as a Service, Gaming-as-a-Service is becoming the preferred model. Roblox, on first inspection, seems to be very well positioned to be a beneficiary of this shift.

So, let's look at some of the numbers.

Roblox, according to their S-1 filing, currently has 31.1 million daily active users (DAUs). Those users, in the first nine months of 2020, spent 22.2 billion hours on the platform. That works out at about 2.6 hours per daily active user per day. Those are strong engagement metrics. These users tend to be of the younger generation — Roblox claims that about 75% of children in America between the ages of 9 and 12 are on the platform. I didn’t know 75% of any demographic was on anything! This seems more like a whole other internet than merely a gaming platform.

Roblox has its own currency — Robux — which users can buy or acquire through a premium subscription. This currency can be spent on various experiences or upgrades to the game, such as clothing accessories or emotes. However, Roblox doesn’t create these. These are created by Roblox’s community of developers and creators. Much like the App Store, Roblox takes a cut and pays the rest to developers. However, in order to exchange these Robux for fiat currency, developers have to exchange them through Roblox. And, as you might have guessed, Roblox makes the exchange rates very favorable to themselves. It’s somewhat opaque, but analysts on Twitter have worked out that Roblox is keeping about 75 cents for every dollar generated — a figure that is supported by their healthy gross margins. In the first nine months of this year, Roblox took in $1.24 billion in bookings.

On a first-look basis, this business seems very compelling. It’s a differentiated product that is easily accessible to users of all ages. It benefits from network effects, strong brand recognition, and toll-booth economics.

There’s still plenty of questions to be answered from my point of view. How safe is the platform for children? To what age can they be reasonably retained? Will they be able to maintain a developer network with the current commission structure? And many more to be honest — like I said, I’m pretty new to this.

For now, it’s definitely on the watchlist for future inclusion. My interest is piqued.