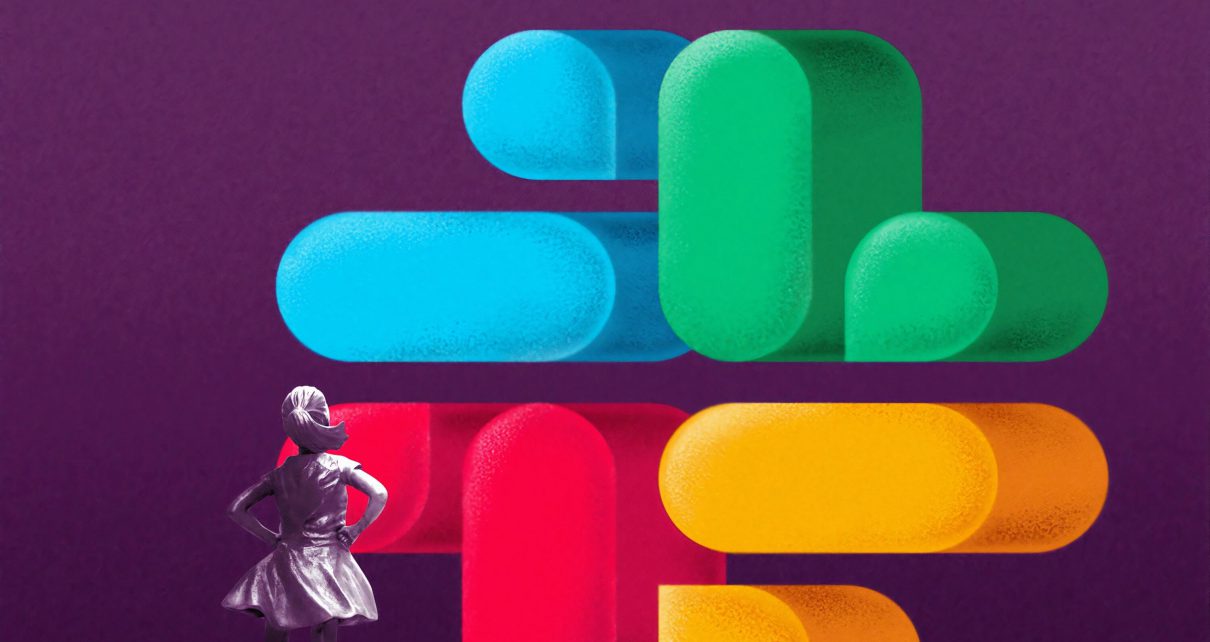 Should I Sell Slack?

News of a potential Salesforce and Slack acquisition sent the communication platform shares soaring this week.

Cut it some Slack

We’re big fans of Slack here at MyWallSt — it’s how we communicate daily with our team on pressing projects, stock news, and where we send the occasional GIF. However, reports emerged on Wednesday that Slack was the subject of a potential takeover bid by Salesforce, sending Slack’s stock up 38%. The news was very much welcomed by some Slack shareholders as the stock has lagged after two disappointing earnings reports this year. Salesforce investors were not so happy though as its shares tumbled 5% following the news, with investors either worried about the cost of such an acquisition or simply unimpressed by the deal. Slack is now worth over $23 billion, making it Salesforce’s biggest acquisition to date. One thing is for sure, competition between the two cloud software companies and Microsoft is building. Slack and Microsoft are currently in a legal battle over claims the latter has been involved in anti-competitive behavior. While Salesforce battles against Microsoft to become the leading software provider for businesses, its addition of popular chat company Slack will surely help.

Slack was born out of a failed game, Glitch. CEO Stewart Butterfield realized that an internal communication tool that was made during the game's development had proved invaluable, sparking the birth of Slack.

While Tesla surpassed a major symbolic milestone this week, Nikola Motors could be in for the reckoning of its short life next Monday.

What’s going on in the EV world?

For no other apparent reason than simple hype, Tesla soared past a $500 billion valuation on Tuesday for the first time. Though breaching the half-trillion-dollar mark is largely symbolic, it highlights the rapid growth of Tesla, which became just the first $100 billion publicly listed U.S. carmaker in January. Meanwhile, the other half of the Tesla name, Nikola Motors, looks set for a reckoning next week if things don’t change soon. In a press conference on Tuesday, CEO Mark Rusell failed to reassure investors that its up-in-the-air General Motors partnership will be closed before the deal’s deadline on December 3. This deal is everything for Nikola after a scandal-riddled number of months have left investor confidence at an all-time low. If that wasn’t bad enough, ex-CEO Trevor Milton’s lock-up period is coming to an end on Monday, and nobody knows if he will sell off his majority 91.6 million shares or not. If so, you can be sure that it will spark a mass sell-off.

95% of Americans drive less than 75 miles per day, so overnight charging of an average electric car would provide them with enough power to last an entire day.

It’s a problem that has plagued the likes of Tesla, Beyond Meat, and others. Now Peloton is struggling to keep up with demand.

Let’s just say I wouldn’t go buying spandex bike shorts just yet because Peloton is currently promoting equipment that it may not be able to deliver until 2021. As the company battles with an unprecedented amount of new orders due to the company’s growing popularity, disgruntled would-be customers are clogging up Peloton’s customer service lines with cancellation requests after waiting months for their orders. Others are turning to competing brands like Bowflex and NordicTrack and sharing tips online on how to recreate the Peloton experience — ever heard the ol’ ‘strap an iPad to a cheaper bike’ solution? The company stated that the delays are due to the equipment being manufactured abroad and then being shipped to the U.S. The prolonged shipping times do not come as a huge surprise after Peloton announced it would be “operating under supply constraints for the foreseeable future” in its earnings report earlier this month. Falling afoul of its own popularity, Peloton may need to get on top of this issue early on or risk losing the trust of its already fanatic fanbase.

As of September 30, Peloton has over 563,000 paying users, with an estimated 3.5 million ‘riders’. It still has a long way to go to catch up with the estimated 50 million active cyclists in the U.S. though.

Pinterest has been spotted testing a new feature that will allow users to sign up for Zoom classes through the app.

I can barely keep up with all the social media news this month. This time Pinterest is front and center with reports of it moving into the online event space with dedicated ‘class communities.’ If trials are successful, Pinterest users will be able to use boards to organize class materials and attendees can communicate with other participants through the chat option. It’s not surprising that Pinterest is exploring the online event space, given the app has become very popular with teachers looking to organize remote-learning classes during the lockdown. Educators have relied on the visual discovery engine for inspiration, using it as a tool for sharing resources and tracking lesson plans. At the beginning of the pandemic, the social media company experienced its highest levels of searches and saves as a direct result of its resourcefulness as an organization tool for teachers. This addition would turn Pinterest into more of a social application, and help shake off opinions of it simply being a search tool.

Pinterest’s first 5,000 users were able to engage in close conversations with CEO Ben Silbermann. When the app first launched, the co-founder sent the app’s users his personal email address along with his mobile number should they want to talk about Pinterest matters.

Another copy-cat call-out story, but this time Snap may actually be on to something useful. Fed up with social media giants copying Snapchat’s story feature, the company is taking its revenge by launching Spotlight, Snap’s reimagined way to reward viral content. What’s interesting about Spotlight is how it differs from TikTok, which followed a formula to success by creating a specific algorithm that resulted in young creators turning into multi-millionaires overnight through sponsorship deals — very much like how Instagram influencers make money. What makes Spotlight different is its vision of creating a culture that benefits an endless amount of people. By removing likes, follower counts, and comments and replacing them with a lottery-like system, users can pocket $1 million by simply posting videos on Snapchat. To win the cash, submitters don't need large followers, or public profiles as the algorithm will show users videos based on how often others view the post. So, if any follower watches a video more than once, this signals it's popular so the app will distribute the video to a wider audience.

Snap is shaking it up

If Snap’s lottery system encourages creators to leave TikTok will be interesting as essentially what Spotlight has done here is provide a break from influencer culture. Spotlight could represent an innovative change for social media platforms by providing financial rewards for simply using the app as intended. Don’t go thinking Snap is some sort of god trying to save our children just yet though, the Spotlight feature will give the company more destinations to sell ads. Over four billion Snaps are being created a day by 249 million daily users and now Spotlight can show these videos to a much wider audience.

Taco Bell paid Snap $75,000 to have its own filter on Snapchat for 24 hours. Users shared pictures of their faces inside a taco shell. The filter was very successful and got 224 million views.