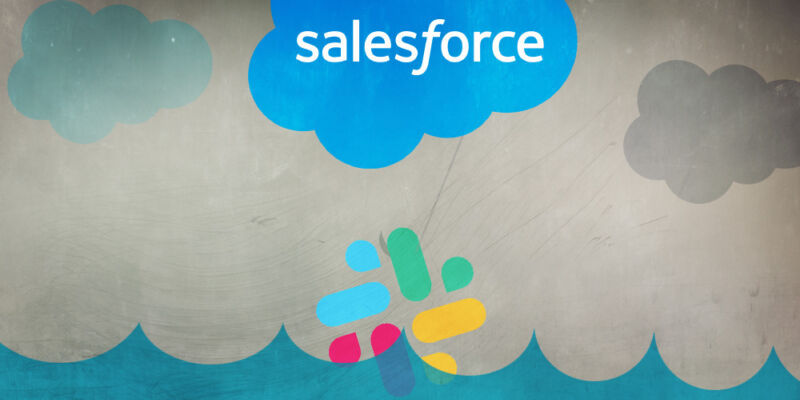 What's The Deal With 'SlackForce'?

Have you ever been looking forward to trying that new fancy restaurant in town only to sit down to a meal of bland overpriced food? Have you ever watched your sports team choke in the big final and blow an incredible season? Have you ever met someone and thought “wow, they seem cool” only to find out that they listen to Imagine Dragons?

Life, as we all know, is full of disappointments.

Last night, we got confirmation of what had been reported on last Friday — that Salesforce is acquiring collaboration software tool Slack. The deal, which values Slack at about $27.7 billion, will be Salesforce’s largest acquisition to date (by far) and should empower the cloud-pioneer to better challenge the likes of Microsoft and Google in the enterprise software market. That $27.7 billion represents about a 46% premium on where Slack was trading before reports broke.

And yet, I’m still disappointed. Typically investors are delighted when a company they own gets acquired. There’s usually a nice premium attached (and this is certainly a nice premium) and, hopefully, you get to lock in a profit that may have taken much longer to realize had the company remained standalone.

That’s not how I choose to invest. When I buy shares in a company, I do so trying to foresee where the company is going to be in ten-years time. That’s the destination in my head. The journey is the highs and lows on the way there, which, if you’re passionate about investing, is all part of the fun.

We’ve also had some great businesses bought out from under us over the years. A few years ago, Ellie Mae, a cloud-based mortgage processing tool, was taken private by Thoma Bravo at $3.7 billion. Less than 18 months later, Thoma Bravo sold it on for over $11 billion. In short, we were finagled. There have been other examples too — stocks like MindBody and Mazor Robotics are two that immediately jump to mind — both were businesses that had far more potential than their acquisition price represented, in my opinion.

“Potential” is the crucial word in this case. Slack may be worth $27 billion today as a collaboration tool built with “love” (the company’s word), but what could it be worth in ten years as something more?

From the Stock of the Month write up in July this year:

Slack sees itself as an alternative to email — a more nimble and casual way to keep in touch with colleagues in real-time. You can also share files and integrate third-party applications to improve workflows. For example, all our company meetings are integrated into Slack, and reminders are pushed through the relevant channels. This is what separates Slack from traditional chat room solutions that have existed for decades. Slack has built over 1,500 integrations, allowing teams to customize channels and set up workflows to suit that particular team. As a small technology company, we utilize around 100 different tools and services. Being able to integrate them into one portal is incredibly important to our business and why I think Slack should be considered more of an operating system than a communication tool (even if it’s still quite early days in its development).

It appears that I was not alone in this assessment. From Salesforce’s presentation on the acquisition:

Slack is the engagement layer: where the conversations happen, the problems are solved, and the decisions made.

Salesforce COO echoed that statement, saying “this is the operating system for the new way to work”. If that turns out to be true, then $27 billion seems cheap to me.

That’s not to say that Slack didn’t have its challenges. Microsoft Teams, by virtue of being bundled into Office 365, was a drag on growth and perhaps it’s naive of me to think that most businesses want the best solution rather than the one that just gets the job done. I count myself very lucky to work somewhere where “building products with love” is an instilled value — but that can potentially blind you to the realities of the business environment, particularly when Microsoft has multi-decade relationships with millions of businesses all around the world.

Salesforce now has the opportunity to catapult Slack into the same ballpark through its own distribution channels — the David vs Goliath matchup just became a much fairer fight. It could even make it free! Salesforce’s opportunity is to use Slack to connect all aspects of its current offerings, essentially locking in its most valuable clients — those who use multiple products. Changing products is much easier than changing systems.

If you were following along with Stock of the Month, you’ll have returned ~60%. Not bad for a few months. However, we’ll never know what may have been.