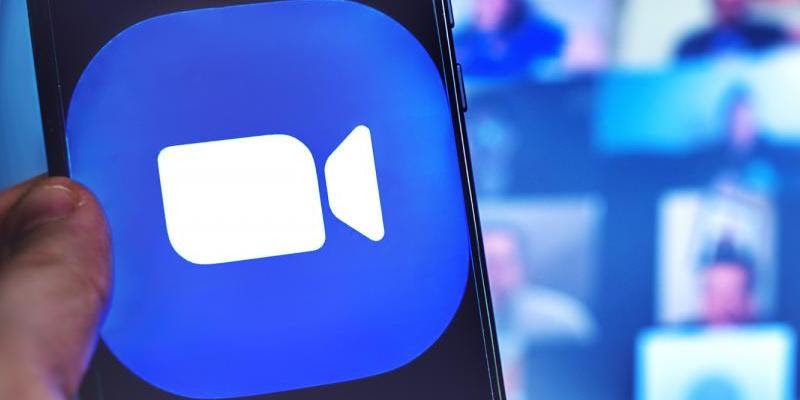 Has Zoom Been Vaccinated?

The United Kingdom became the first country in the world to approve the Pfizer-BioNTech vaccine this week as citizens around the globe look hopefully towards a COVID-free 2021.

What will a successful vaccine mean for pandemic-fueled stocks?

The prospect of a rebound in the global economy has fueled markets to rally in response to vaccine developments in the past month. We all know a successful vaccine will be paramount for the survival of many companies across the travel sector and others. However, like everything in life, what’s good news for some, is often bad news for others. This week's ‘disappointing’ Zoom earnings may just be the beginning of a slowdown in growth for stay-at-home stocks, which have skyrocketed in 2020. Zoom shares fell 5% this week despite reporting blowout earnings of $777.2 million versus $694 expected. Investors seemed disappointed over the company’s forecast of revenue slowing down to 329% for the upcoming quarter, from 367% in Q3. Most of the stock market strength this year came from mega-cap tech stocks like Apple, Amazon, and Microsoft but since Pfizer’s news, these companies have taken a back-seat to recovery-related industries like transportation, travel, and finance. Personally, I’d like to keep a Zoom option for all in-person events.

Don’t say goodbye to Zoom just yet. A study across the U.S., Europe, Australia, and New Zealand found that 80% of remote employees never want to return to the office full time.

Salesforce acquiring collaboration software tool Slack was the big tech news of the week, and potentially could be one of the biggest acquisition stories of the year.

Why are Salesforce investors not happy?

While we may not have answered the question in last week’s Five On Friday edition entitled, ‘Should I Sell Slack?’, it's clear now that it really depends on if you believe in Salesforce as a company. The $27.7 billion deal, representing a 46% premium on where Slack was trading before reports broke, should empower cloud-pioneer Salesforce to compete better against Microsoft in the enterprise software market. With Salesforce revealing slowing revenue and a weak forecast in its Q3 earnings on Tuesday, Slack will encourage it to refocus its resources on building a one-stop-shop for working-from-home software. In return, Slack gets the backing of a $200 billion company to take on Microsoft Teams, something it would have struggled to do alone. Yet investors are still disappointed, some Salesforce shareholders believe the buy was too expensive and Slack’s investors thought it had a lot more potential. Yes, Slack might be worth $27 billion today as a collaboration tool, but what could it have been worth in ten years had it been left to grow? We’ll never know...

Salesforce originally trademarked the name ‘App Store’ back in 2005 for its AppExchange. CEO Marc Benioff gifted the term to Steve Jobs in 2008 as a thank you for all of Apple’s support over the years.

In what has become a weekly occurrence in 2020, e-commerce had an utterly news-worthy weekend of Black Friday sales.

So, who won the race?

Well, there wasn’t a race, but there were definitely some impressive numbers stacked up over the busiest shopping weekend of the year. On Tuesday, Shopify and Amazon had their Cyber Monday sales figures for us, using calculation speed that would put ballot-counters to shame. Surprisingly, Canada-based Shopify’s total Thanksgiving weekend sales soared 76% to $5.1 billion, beating the previous record of more than $2.9 billion by Saturday evening, compared to Amazon’s 60% increase for independent sellers to $4.8 billion. Jeff Bezos may need to watch his back, as Shopify’s e-commerce business is completely comprised of third-party resellers, meaning that it actually outsold Amazon on that front over the weekend. Meanwhile, as e-commerce continues to dominate, it was certainly a Black Friday for bricks-and-mortar stores, which saw traffic fall 52.1% compared with last year as Americans abandoned their pursuit of mall shopping and queuing for hours in exchange for shopping online.

As bizarre as this may sound, Black Friday is reportedly also the busiest day of the year for plumbers, who are needed to clean up after guests who have overindulged on Thanksgiving. I hope I don’t need to elaborate...

Under Armour is looking to boost sales and make Nike sweat by building a Michael Jordan-like brand around NBA star Steph Curry.

Can Under Armour really compete with Nike?

Let’s not get ahead of ourselves! Stephen “Steph” Curry is a basketball legend, no doubt, but Michael Jordan remains a global phenomenon, and his ‘Jordan Brand’ with Nike is a $3.5 billion business on its own. Curry, a long-time Under Armour athlete, launched ‘Curry Brand’ this week which will include apparel for both golf and basketball, and will extend to women’s clothing over time. This might not exactly be a comeback for Under Armour, which has fallen almost 70% from its all-time highs in 2015, but it’s definitely a start in the right direction. This is especially true following its relatively impressive Q3, which saw sales come in flat year-over-year in comparison to Nike’s 4% decrease in the same period. Under Armour stock has had a rough few years, but with new CEO Patrik Frisk at the helm itching to make changes, and this new ‘Curry Brand’ initiative, we might be seeing the start of a new era for the beleaguered sports apparel-maker.

Steph Curry’s dad, Dell, played in 16 NBA seasons for five different teams, while his mother, Sonya, was a college volleyball standout. Guess it runs in the family.

We debated doing another story-pocalypse piece as our #AndFinally this week, but who are we to ignore the explosion that was Spotify’s #2020Wrapped and rumors of yet another story function? The Wrapped feature sent Spotify shares up to all-time highs, following a 13% jump on Wednesday, and took over social media as users shared their top songs, favorite artists, and most-listened-to podcasts of 2020. Wrapped included engagement boosting additions like in-app quizzes, badges, a ‘Story of Your 2020’ feature, and personalized playlists including ‘Your Top Songs’ and ‘Missed Hits.’ This all sounded great until reports emerged that Spotify is testing a Snapchat-like feature to run alongside its playlists. For example, artists can post short video clips on Christmas playlists to share personal messages about the festive period. Spotify may be joining a long line of other platforms that don’t really need a story function but added one anyway. To be fair, Spotify’s version sounds a lot better than LinkedIn’s attempt.

Spotify investment in podcasts are a hit

Spotify investors were also happy to see momentum building over its podcast push. Wrapped added more metrics for podcasters and artists to view how fans listened to their content, by offering individualized microsite experiences. Spotify’s podcast acquisitions to date — including Anchor and Megaphone — as well as investments in original content like the $100 million exclusive Joe Rogan deal, have seen it overtake Apple as the global podcast leader.

Taylor Swift famously removed all her music from Spotify back in 2014 because she was unhappy with Spotify keeping 70% of the revenue. CEO Daniel Ek explained why streaming was important so she came back in 2017 for her fans.