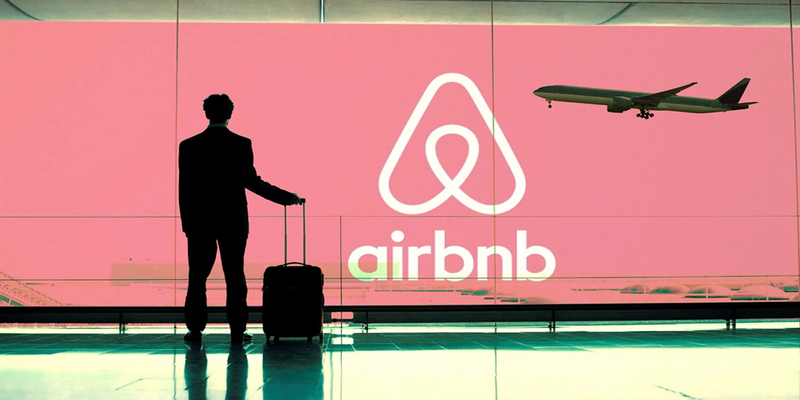 Can I Invest In Airbnb?

It seems like the investing world came to a collective agreement this week to talk about nothing but DoorDash and Airbnb’s hotly-anticipated IPOs.

“Can I buy Airbnb shares yet?”

It was a long wait, but yes you can, as Airbnb finally opened at $146 per share on its first day of trading on Thursday, more than doubling the $68 per share price set the day before. It eventually closed at $144.71, giving the home-sharing company a market cap of about $86.5 billion; an impressive turnaround from its $18 billion valuation in April. It wasn’t the first crazy ride this week either as it followed Wednesday’s DoorDash IPO — who knew investors could be so passionate about food delivery and short-term rentals? DoorDash IPO’d at a share price of $102, but in a frenzy akin to a shopping mall on Black Friday, investors scrambled to get a ‘dash’ of the stock and sent its opening price up 78% to $182 per share before closing at $187.20. To be honest, two high-profile IPOs have drained the team here at MyWallSt so let’s hope we have energy left for the upcoming flotations of Roblox, Affirm, and Wish...

It was certainly a busy week for Uber after the ride-sharing leader offloaded both its automated driving segment and its air taxi business.

Why is Uber dumping these assets?

To save money, short and simple, because Uber wants to stick to its core business and reach profitability, especially following 2019’s $8.5 billion losses. Uber’s Advanced Technologies Group, which works on self-driving technology, is being sold off for a reported $4 billion to self-driving vehicle start-up Aurora. Meanwhile, Uber has also offloaded its air taxi enterprise Elevate to Joby Aviation  — yes, air taxis are a thing, apparently. Uber CEO Dara Khosrowshahi will join Aurora’s board, along with a $400 million investment into the company. Meanwhile, the Joby deal includes a $75 million investment from Uber and an expanded partnership between the two companies. It is a clever move by Uber, which still owns a owns a large stake in these businesses while not needing to carry the costs, and should the technology ever get off the ground — literally, in Joby’s case — Uber can then avail of it.

Uber is not just into driving or food delivery; it also has its print and online publication, Momentum Magazine. Sadly, it is exclusively for Uber drivers. Guess that’s a fair trade-off for being considered actual employees...

If you are a TripAdvisor investor, then your trip was probably pretty bad this week after a ban from China threw the popular travel service up in the air.

Why has it been banned?

The Cyberspace Administration of China (CAC) announced on Tuesday that it has banned 105 mobile apps for violating Chinese internet regulations, including U.S.-based TripAdvisor, of which Trip.com owns a 40% stake of its Chinese operations — yes, they are different companies, I checked. Though the CAC did not specify exactly what each app was banned for, the list of illegal activities included spreading pornography, incitements to violence or terrorism, fraud or gambling, and prostitution. Because TripAdvisor is based in the U.S., it struck a partnership with local Chinese firm Trip.com in November 2019 to operate a joint venture called TripAdvisor China. Just as a vaccine looks set to bring back some normality to the travel sector, TripAdvisor appears to be caught in the midst of further Chinese governmental crackdowns on websites and apps. It’s unclear yet if it can get back online at all.

There are roughly 140,000 destinations covered on TripAdvisor alone, meaning that if you could visit one place every day, it would take you roughly 383 years to see everything. Best start packing!

It was another hefty week of earnings, but Stitch Fix stood out from the pack by smashing profits. The online styling firm’s shares are up 66.5% this week as of market close Thursday.

How did Stitch Fix earnings do?

The data science firm blew expectations away as its earnings told retailers what they’ve been waiting to hear — people are getting dressed up again! Led by the youngest female founder ever to take a company public, CEO Katrina Lake, the company reported revenue of $490 million and an active client count of nearly 3.8 million, both of which reflect a 10% year-over-year growth.  Investors were impressed to hear that during a period where many retailers are experiencing double-digit revenue decreases, Stitch Fix delivered an increase of over 240,000 net active clients quarter-over-quarter, of which 80% of new users decided to buy at least one item from the company’s suggestions. Stitch Fix continues to revolutionize the clothing industry by using data science to study rebuy algorithms and trend predictions to tailor user’s shopping experience. If crowded shopping malls aren’t your thing, you’ll love Stitch Fix — by submitting one short survey subscribers can receive five hand-picked items. I wonder if it’s too late to order a Christmas outfit…

Katrina Lake became fascinated with economics because of its use of statistics which encouraged her to set up her own business. Lake wanted everyone to have access to a personal shopper, no matter what their budget is.

It’s either a feast or a famine when it comes to news from Apple, and this week, it was most certainly the former. First off, Apple has teamed up with Cloudflare to shore up one of the biggest holes in internet privacy. Then we finally got a release date for Apple’s answer to Peloton, Fitness+ — December 14th. Not done yet, Apple then threatened to remove apps from its App Store if they don’t comply with an upcoming private feature allowing users to block advertisers from tracking them across different applications. Last, and certainly not least, we got the AirPod Max, Apple’s “stunning over-ear design” that brings in a new era for its headphone business which is estimated to be worth north of $8 billion on its own. There’s just one slight problem...

They cost HOW MUCH?!?

I’m just gonna’ rip off the band-aid and state that while the new AirPod Max’s look pretty cool, I’m not paying its insane price of $549 for them. Some good has come of this though after the internet did its thing and went to town on the new products. All you need to do is search ‘AirPod Max memes’ and you will be subject to a tirade of hilarious jokes and images making fun of this ludicrous price. My personal favorite was a satirical tweet showing a model wearing a new set of AirPods Max with her eyes closed, captioned: "Sorry, I can't hear you. My AirPods Max automatically mute poor people."  I poke fun now, but I shouldn’t forget that everyone laughed at the original AirPods when they first came out too...

Though we don’t have exact numbers, Apple sold an estimated $6 billion worth of AirPods in 2019, which is just shy of Spotify’s total 2019 revenue of $7.44 billion.