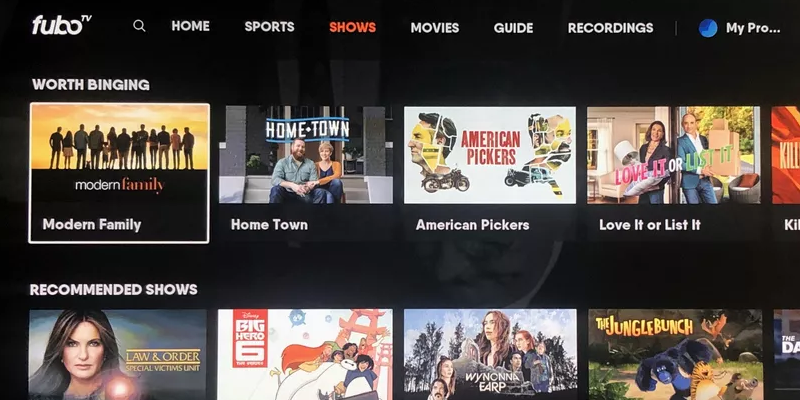 Every few months in this business, a company emerges that has everyone in a bit of a flutter. At the start of last year, it was Zoom. Then it was Sea Limited. Then it was Fastly. Sometimes these are called momentum stocks — investors buy into them because they keep going up day after day, causing them to continue to go up day after day. That doesn’t mean they’re bad investments by the way (we’ve recommended both Zoom and Sea Limited), it just means that there is a certain hype surrounding the company that may cloud investors’ judgment, or worse, lead to severe volatility that most investors weren’t prepared for.

The problem with momentum stocks is that if the buyers are only buying based on the stock value increasing, then the first sign of the stock value decreasing will trigger a chain reaction that will cause the price to collapse in a short period of time. If people are investing without any real conviction in the underlying business, there won’t be any support for the stock when the price declines. It’s the greater fool theory — the intrinsic value of the stock is not important as long as there is a greater fool further down the line who will pay more for it than me.

The new kid on the block right now, the MOMO stock de jour if you will, is a small company called FuboTV. I’ve been asked about this stock so much over the last few weeks that I thought it was worthwhile breaking out the bull and bear cases below. As it’s a new entrant to the public markets, it won’t be considered for inclusion in the app for two quarters, but here’s the lay of the land as I currently see things.

FuboTV is a TV streaming service that markets itself around live sports. It was launched in 2015 as a dedicated soccer streaming service but branched out into more popular sports in 2017. It has since signed a number of contracts with major networks to carry a broad range of channels including ABC, NBC, and Fox News.

In this industry, this is what’s called a virtual Multichannel Video Program Distributor (vMVPD). It doesn’t create its own content but licenses content from other providers. It then packages this content (which is primarily live channels) and sells it to consumers in bundles. The basic Fubo package, for example, costs $70 per month and gives you access to 117 channels, with 250 hours of Cloud DVR space. You then can add on various packages like Showtime or Sports Plus (both for $11 per month each). The value for the customer is that you get live TV and sports without the need for cable. Similar to Netflix, there are no contracts — you pay the subscription each month and cancel anytime you wish.

Fubo is one of the smallest players in this space but they are growing rapidly. Despite the absence of many of the most popular sports leagues last year, Fubo is growing their subscriber base at about 60% year-over-year — a figure they believe will continue into 2021.

The focus on sports is one that bulls have latched on to, as live sports is one of the primary reasons that many consumers resist cutting the cord in the first place. If Fubo can attract those consumers with its offering, they could become the go-to sports-centric streaming option — so the theory goes. To that end, not only do bulls point to the rapidly increasing subscriber base but healthy increases in average revenue per user (ARPU).

Fubo has bigger plans than simply selling subscriptions though. They want to leverage those subscribers to create new revenue streams through advertising (using programmatic adverts) and sports betting. As I write this, the company has just announced an agreement to acquire an online sportsbook.

Bears argue that Fubo is misunderstood by investors (to put it lightly). The model, they argue, has been tried and tested many times before and simply does not provide attractive unit economics. There are many competitors in the space, providing basically the same service, with much better subscription numbers. These include Hulu with Live TV (4.1m subscribers), YouTube TV (3m subscribers), and Sling (2.5m subscribers).

Bears argue that Fubo will struggle to compete with these bigger players, particularly as they aren’t wholly reliant on the success of their vMVPD business. The growth they are experiencing to-date can be attributed to the fact that Fubo is selling their services at a loss and that price increases are inevitable.

They also argue that the market is pricing Fubo’s sports-betting play as if they had zero competition and perfect execution — which, of course, is not the case. Fubo will face fierce competition in sports betting from more established players like DraftKings, casinos running their own sportsbooks, and Barstool, which should be able to leverage its brand to attract users at lower costs.

I haven’t made a call on Fubo yet, but I'm leaning more bearish than bullish. There seems to be a lot of misinformation floating around about the business (including what its actual market capitalization is!). I think a lot of investors have jumped into the stock too early, having not understood the competitive environment or unit economics of the business.

However, I’m still learning about the company myself, and this could change over the next few months. The management team seems ambitious and has done a great job getting the business to where it is today. It won’t be added to the MWS shortlist until the company has produced at least two quarterly earnings reports, so we’ll keep an eye on it and see if it’s more attractive from that point on.