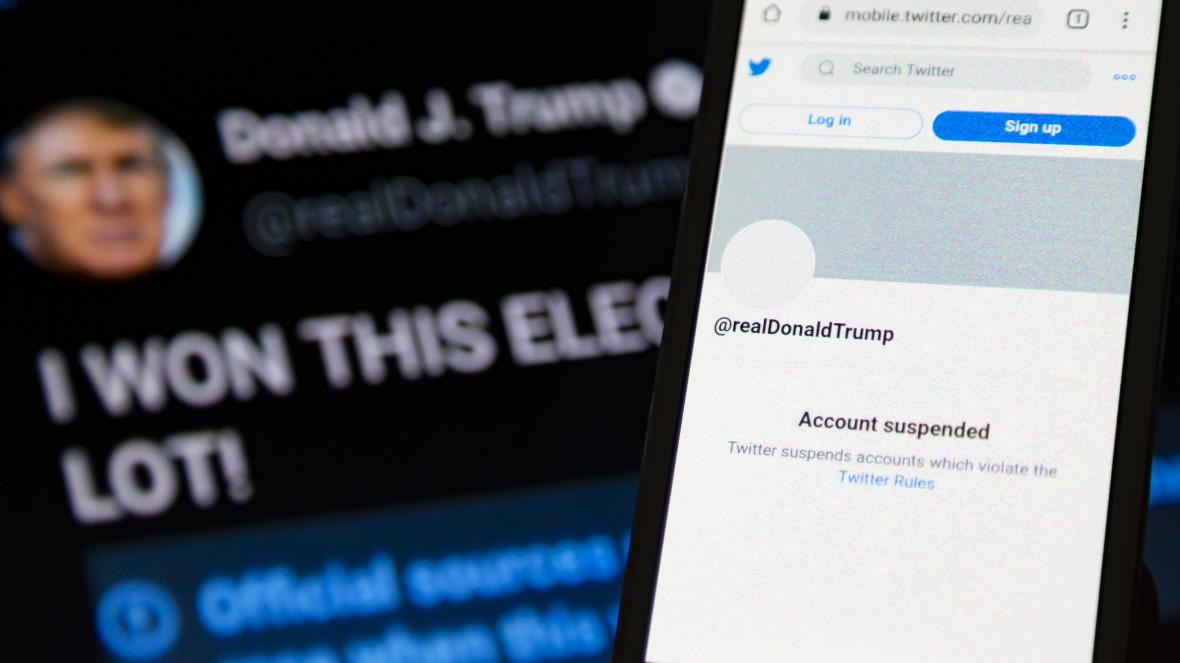 Trump’s suspension from Twitter caused its stock to fall dramatically this week and has since sparked a global debate on internet regulation.

Last Friday, Twitter confirmed its decision to ban the outgoing president “due to the risk of further incitement of violence” following riots at the U.S. Capitol. Why did Twitter shareholders sell though? Worries over eroding interest in the platform, especially from Trump supporters, and anticipation of boycotts of the app by those that see the decision as politically motivated is likely what caused the stock to drop 12% on Monday. We got one good thing out of this mess though: Twitter shareholders were given a rare view into how technology companies decide what content stays by explaining that Trump’s alleged encouragement of further violence was what caused the permanent suspension. Overall, the suspension has concerned social media investors because these platforms might soon become responsible for their users’ content if president-elect Joe Biden’s administration repeals Section 230 — which currently protects internet companies from liability. However, more social media sites are following suit — Snapchat, Facebook, and YouTube are the latest to block the outgoing president.

Trump’s third most-liked tweet ever was posted in August 2019 and read “A$AP Rocky released from prison and on his way home to the United States from Sweden. It was a Rocky Week, get home ASAP A$AP!”

Secondary offerings hit the headlines this week as two of our favorite technology companies announced plans to raise fresh capital.

Show me the money!

Monday brought some sour news for Lemonade investors when the insurance company announced a secondary offering of 3 million shares. The secondary offering means that Lemonade is going to offer more shares to the public market in the hopes to raise more funds for general corporate expenses. The move resulted in Lemonade’s stock falling 9% after the bell on Monday over concerns about this dilution of existing holdings, with shares down about 20% this week overall. I’m not saying Zoom was copying Lemonade, but the following day the video conferencing software company also announced its plans to raise $1.5 billion in a secondary share sale, selling 4.4 million shares at an assumed price of $337.71. However, unlike Lemonade, Zoom avoided investor dissatisfaction at having their shares diluted by revealing an impressive sales milestone: one million Zoom Phone seats in just 2 years.

Lemonade doubled its customers in 2020. Between January and September, the insurance provider reached 940,000 customers, up 70% year-over-year.

Shopify has had a very profitable start to 2021 thanks to its 8% stake in the fintech lender Affirm.

HOW much did Shopify make from Affirm’s IPO?!

On Wednesday, payment solutions company Affirm joined a long list of recently successful IPOs after witnessing its stock soar upon its Nasdaq debut. The San Francisco-based company initially planned to price its shares around the $33 mark. However, the stock ended the day at $97.25, a whopping 98% above its offering price. This bumper debut on the market was good news for Shopify too, whose 8% stake in Affirm was worth about $2 billion by the end of the day. Both companies, which make the e-commerce experience run smoother, have witnessed their businesses explode in 2020 due to physical stores closing as consumers opt to pay for high-end goods online in installments. However, it was Affirm CEO Max Levchin that made the biggest gains on the day as his 11% stake is now worth $2.7 billion, making him the latest member of the ‘PayPal Mafia’ to become a billionaire.

Shopify used to be a simple online snowboard equipment store until CEO Tobias Lutke found the e-commerce software expensive and overly complicated so he decided to create its own.

NIO may not be as popular as Tesla in Western society, but it is definitely becoming a leading EV player in the lucrative Chinese market.

If a NIO drifts, is it called the electric slide?

Last Saturday, the highly anticipated NIO Day took place and it did not disappoint. During the event, NIO unveiled its shiny new all-electric sedan — the ET7 — which boasts impressive features such as soft-closing doors, air filtration, and acoustic glass for a luxurious ride. The car also comes with a larger 150 kWh battery pack, which gives it a range of about 621 miles which is very important as range anxiety is still a worry for electric vehicle consumers. See, electric vehicles aren’t just for those that live close to home! Recently, the high-end carmaker has managed to become one of the world’s most valuable manufacturers, with its stock rising over 1,500% since last January despite the fact that it produced less than 50,000 vehicles in 2020. NIO investors were feeling confident until the company followed up the successful launch with news of its plans to issue convertible debt to raise $1.3 billion on Wednesday — which caused shares to retreat slightly.

NIO CEO William Li has invested in over 32 companies in the vehicle and transportation sector and is called “The Godfather of Chinese electric car industry.”

Common sense was slightly lacking this week as fans of Elon Musk sent the wrong Signal’s stock up over 6,000%. The mishap occurred after Tesla’s CEO tweeted ‘Use Signal.’ His legions of followers mistakenly took his tweet as a stock recommendation and rushed to buy Signal Advance shares, when in fact Musk was actually referring to the Signal encrypted messaging app. The huge error has not only proved the power that social media plays in the investing world but also just how much Musk’s supporters will follow his advice. This story reminds us of a similar tale when shares of Zoom Technologies Inc surged after investors confused it with popular video conferencing software, Zoom, resulting in the former having to change its ticker from ZOOM to ZTNO.

Who is Signal Advance anyway?

Before this week, we had never heard of Signal Advance, a micro-cap technology stock that is traded over the counter. Even though the issue was cleared up on Friday, the buying frenzy continued and the stock rallied 6,350% in just three trading days. As a direct result of the tweet, Signal Advance stock saw its highest trading volume since going public in 2014 on Monday; more than 2 million shares changed hands, compared to January 4, where not a single share of the stock was traded. Phew, talk about a cult-like following...

Elon Musk also caused chaos last May when he tweeted “Tesla stock price is too high imo” and wiped $14 billion off his own company’s value.