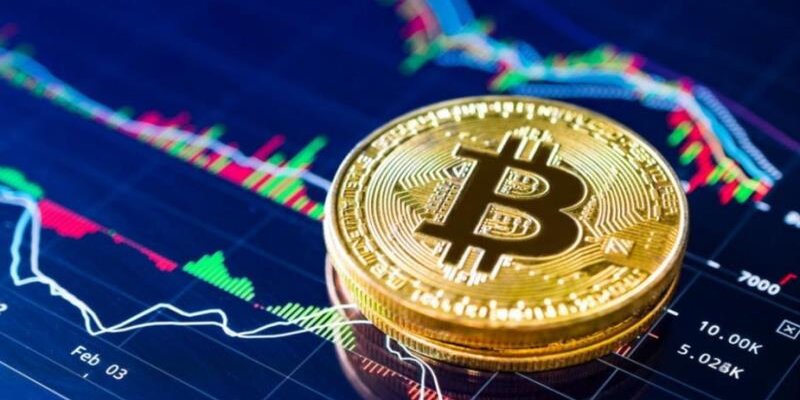 Bitcoin For A Tesla?

You know the drill by now; Elon Musk once again pledges support to an asset and his influence causes a surge in buying.

Can I buy a Tesla with Bitcoin yet?

Instead of Musk only using his Twitter account to push up the price of Bitcoin, this week he did it the traditional way — by throwing a whopping $1.5 billion into the cryptocurrency. Monday’s announcement lit a firework under Bitcoin’s price, pushing it up 15% in just one day to close at $44,000. If that wasn’t enough for Bitcoin’s merry band of followers to gloat, Tesla’s CEO also flirted with the idea of accepting the coin as a form of payment for its vehicles and products in the not-so-distant future. Since the report, however, Musk has felt the wrath of the SEC. Regulators say that if the billionaire bought in before he started the social media frenzy, then he might be in trouble, as accusations of market manipulation begin to circle. The master of memes may not be able to tweet himself out of this one.

In 2016, a 3D Bitcoin model was tied to a weather balloon and sent into outer space by the largest cloud Bitcoin mining company, Genesis Mining.

Why is this important for Shopify?

The bump in price came after the e-commerce business announced that it will roll out its Shop Pay service on Facebook and Instagram in the coming weeks. The integration will allow merchants who sell their goods on these social media sites to select Shop Pay as their preferred payment option, which is apparently 70% quicker than PayPal. It’s a big deal for Shopify as it's the first time that this service will be offered outside of its platform. The partnership will also strengthen its ties with Facebook’s brand as its platforms are the most popular sales and marketing channels for Shopify merchants. At the beginning of the pandemic, marketing on Facebook and Instagram via Shopify’s integration grew 36% in monthly active users and this upward trend is continuing. What’s more, this news also made Shopify MyWallSt’s first official 33-bagger, so we’re giving ourselves a pat on the back too.

Shopify CEO Tobias Lütke is such a natural at coding that by age 11 he was using a Commodore 64 to code his own video games.

President Joe Biden is looking into reversing the ban of TikTok which might mean the deal with Oracle and Walmart is either postponed or scrapped altogether.

Is the deal between TikTok and Oracle-Walmart off?

Biden’s fresh-faced government is currently analyzing the potential risks to U.S. data from apps like TikTok. Last year, Trump’s administration instructed the viral video sharing app to find an American buyer or face a ban in the U.S. over concerns that its parent company, ByteDance, could give private U.S. data to the Chinese government. Industry experts familiar with the matter believe that Biden’s administration might take a softer approach towards Chinese companies, which means that TikTok might not have to sell part of its operations to the U.S. at all. Yet, some have suggested that the video-sharing app might still go ahead with the deal, simply to ease any existing or future security concerns. TikTok currently pulls in 800 million global users, 100 million of whom live in the U.S., making it a very important market.

As of January 2021, TikTok is used by bad dancers and lip syncers in approximately 155 countries around the world.

You guessed it, more earnings are on the way. But which company got the top spot this week?

According to iRobot’s latest earnings report, everybody wants a robot to help around the home. The robotics company beat Wall Street’s targets by reporting revenue of $544.8 million — up 28% year-over-year (YoY), helped by sales growth of 55% for its flagship Roomba product. CEO Colin Angle stated: “We believe that our success in continuing to drive solid top-line expansion in 2021 will also enable us to fund investment into key areas of our business and help mitigate the impact of tariffs on our 2021 profitability.”

The social media company’s earnings were a little jumbled after it beat estimates on revenue of $1.29 billion, while its 192 million monetizable daily active users (mDAUs) fell short of the 193.5 million expected. Twitter’s ad revenue grew an impressive 31% year-over-year, but investors were still disappointed not to be given any details on the company’s subscription services plans following its acquisition of Revue last month.

The soda beverage company’s earnings were a little flat after missing estimates once more on revenue of $8.6 billion. Coke reported fourth-quarter net income of $1.46 billion, down from $2.04 billion a year earlier. The resurgence of the virus in December and January has put pressure on demand for the company, but it is confident that growth will return in 2021 despite some short-term hurt.

Cuba and North Korea are the only countries where you can’t buy or sell Coca-Cola. However, there are plenty of Coke knockoffs available.

Cannabis stock prices are moving fast, unlike the people who smoke it. Shares of popular weed companies were blazing earlier in the week thanks to Reddit users hyping cannabis stocks on the popular WallStreetBets forum. However, they fell as fast as they rose on Thursday as investors didn’t want to make the same mistakes as they did with GameStop. Tilray plunged 49.7%, erasing all its gains from the prior day, while Aurora Cannabis lost 20%. Analysts have been warning investors for weeks that weed stocks were inflated as the prices really didn’t reflect the true value of the underlying business. Basically, weed stocks got too high, and it seems like the retail investors actually listened to the analysts for a change.

Pot is getting the green light

There are reasons to bet on cannabis though. Changes promised by the newly elected Democratic Party could give U.S. cannabis companies greater access to more traditional methods of banking and open up the industry to new, institutional investors. It’s early days yet, but long-term investors in the weed industry will know all too well the highs and lows of such an investment.