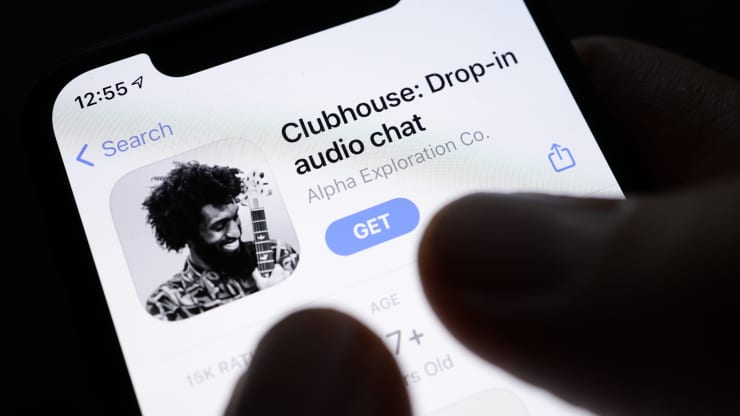 What's Up With Clubhouse?

The last few weeks have seen a surge in curiosity around a new social media platform called Clubhouse. This was no doubt largely fueled by Elon Musk, who joined a conversation on the platform earlier this month before announcing that he had convinced Kanye West to do the same. Clubhouse, for those not in the know, is an audio-based platform. Hosts can set up chat-rooms and invite people to discuss anything they wish to in real-time. Meanwhile, those who are listening into the discussion can raise their hand if they wish to ask a question, with the room moderator deciding whose voice is heard. Think of it as a mixture of talk-radio and a Q&A session at a conference.

The day after Musk’s Clubhouse debut, Twitter was awash with users begging for invite-codes (the platform is currently invite-only) — desperate to be able to interact with the tech entrepreneurs and venture capitalists who were early adopters of the new platform.

I’ve never used Clubhouse (never got invited), but I can totally understand the appeal. The rise in popularity of podcasts over the last decade has to do with several factors. Firstly, being able to hear people speak about topics they are passionate about creates an intimacy that can be absent in the written form. Secondly, unlike text or video, audio can be consumed while you do other activities like walking, cleaning up, or cooking dinner.

Clubhouse has several advantages over the traditional podcast in this respect. It’s immediate, meaning that events can be discussed literally as they are happening. This could be particularly powerful for sports, where a Clubhouse-competitor called Locker Room has already made its mark. It also adds an extra level of intimacy in that listeners, even those not invited to speak or ask questions, feel like they are sharing a presence with industry icons such as Musk.

Furthermore, as Ben Thompson recently pointed out, it's far easier to create a conversation on Clubhouse than it is to create a podcast. Thinking of the Stock Club podcast, as an example, there are initial meetings to discuss topics, research conducted into those topics, the actual recording itself, and then a whole lot of editing undertaken by Luke in order to get that podcast published. Plus, we all have expensive microphones and recording equipment to pick up our mellifluous Irish lilts. To start a Clubhouse conversation, all you need is the app and a pair of AirPods — the simple fact that it is live excuses the drop in sound quality.

The most obvious difference between Clubhouse and podcasts is how much dramatically easier it is to both create a conversation and to listen to one. This step-change is very much in line with the shift from blogging to Twitter, from website publishing to Instagram, or from YouTube to TikTok.

Obviously, this will lead to plenty of terrible Clubhouse discussions. However, this doesn’t really matter. Similar to how TikTok allows for millions of people to create their own video content, much of it awful, the platform is able to harness user data to ensure only the best content is presented to the end-user. The sheer volume of content being created will ensure that there will be at least some winners.

Currently, Clubhouse is a private company (recently becoming a unicorn), however, the publicly-traded social media businesses are already taking aim. Facebook, of course, is working to launch a competing product according to a report by the New York Times.  Meanwhile, Twitter has already launched a copycat product called Spaces to a small number of test users.

While Facebook has the bigger pockets and reach, it’s Twitter’s move that I find more intriguing. Following up from the companies acquisition of Revue earlier this year, is this a sign that Twitter’s product team has finally found a pulse and might actually add some innovation to the platform over the next few months (even if it’s a complete ripoff of another platform)?

If it is, I think this could be an incredibly profitable move for the business. Twitter, at its best, is a place where ideas can be expressed and shared in an easily digestible format. While Twitter didn’t exactly kill the blog or the long-form article, it did succeed, for better or worse, in giving users the chance to rapidly browse and filter through the content they wished to dedicate time to. Being able to promote content, whether it’s long-form (Revue) or audio (Spaces), feels like it could be the completion of the circle.

And while companies like Substack and Clubhouse had a big first-mover advantage over Twitter, with 183 million active users and time and energy spent building followers, content creators may see the more-rounded platform that Twitter could become, as far more attractive in the long-run.

That is, of course, if Twitter doesn’t mess it up.