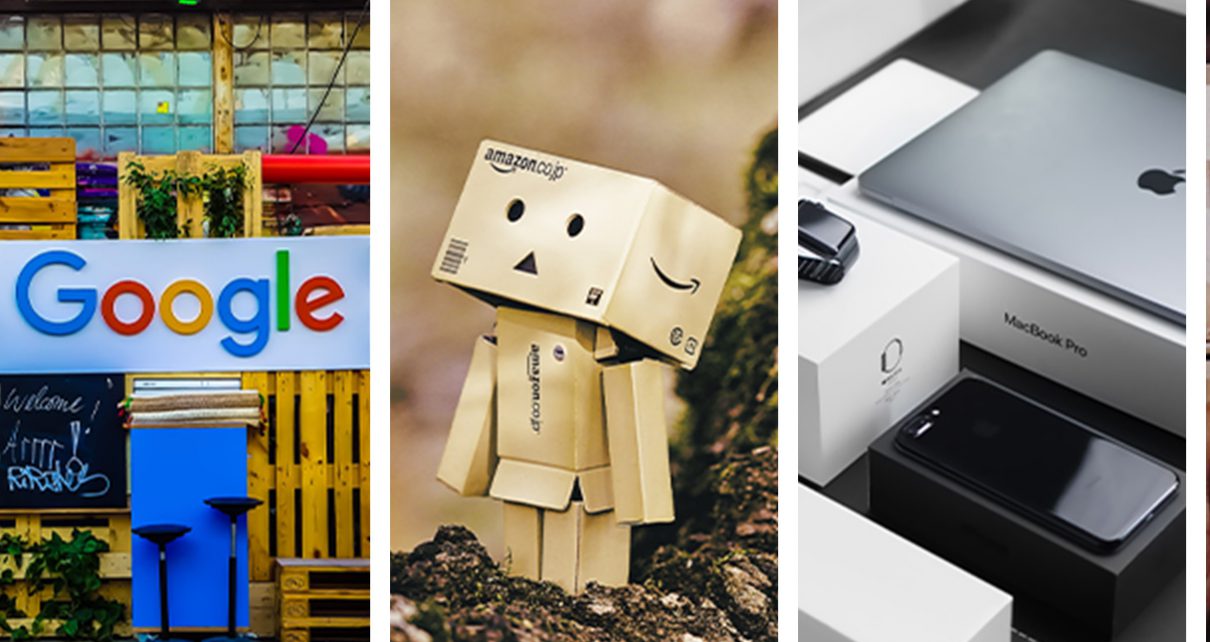 Tech shares in the U.S. and European markets see-sawed this week in anticipation of a possible interest rate hike.

Wait, why did that happen?

Many of us might have had an ‘I’m not going to look at my portfolio’ kinda’ week on Monday as Apple, Microsoft, Amazon, and Alphabet fell between 1.7% to 3% on Monday and even more on Thursday. Ouch. The losses came from Wall Street worries over the possibility of interest rates spiking if central banks try to keep inflation at bay, especially since Congress announced its huge $1.9 trillion COVID-19 relief package. A rise in U.S. interest rates earlier this month has encouraged investors to reassess the risks of holding stocks that have jumped sharply during the last year, resulting in even more valuation concerns. Long-term investors need not fear though as this is exactly what we mean when we say to ignore short-term market swings. These stocks still represent some of the most innovative, market-leading companies in the world, and to many, this rare downturn in tech stocks equaled a great buying opportunity.

Big Tech stocks rival the wealth of nations; Alphabet’s $162 billion of revenues in Q4 outweighed Hungary’s economy in 2019, and Apple’s $67 billion in earnings from Q2 would pay for the UK’s spending on defense and transport.

Brokerage firm Redfin is on a mission to shake up the real estate game, and the company's latest acquisition has confirmed its next target: the rental market.

What does RentPath do?

Redfin revealed its plans to buy Rent.com parent firm RentPath for a cool $608 million, causing shares to jump 12% last Friday. The Atlanta-based company will help Redfin to build a one-stop-shop for renters and prospective homeowners. The acquisition is the largest in Redfin’s history and marks a natural progression for the tech company as renting is the typical entry point for consumers and serves as a stepping stone to home-ownership later in life. RentPath claims to have grown its web traffic by 25% in 2020 by adding roughly 20,000 apartment buildings, and Redfin believes it can double that audience as one in five of its 40 million monthly visitors are also looking for rental properties. Traditional realtors might be shaking in their boots as Redfin’s 1% listing fee is setting it up to be some real stiff competition.

Redfin CEO Glenn Kelman said in a podcast: “to survive, keep thinking like a startup”, which he demonstrated by giving up his base salary in 2020 to keep costs down while increasing his real estate agents’ fixed pay.

Is Lucid Motors really worth that much?

It may seem high indeed, especially as the company is yet to deliver a single vehicle, but the hefty price tag does show the overarching interest in the EV industry as a whole — not to mention the company’s upcoming $169,000 Air sedan. Shares of the SPAC company lost more than half of their value in just three trading days following the announcement as shareholders believed the valuation to be too high. Lucid hopes to raise $4.4 billion through the deal to fund the production of new vehicle lines, giving CCVI a value of roughly $24 billion. Things are heating up in the EV space as Lucid CEO Peter Rawlinson is gearing up to threaten Tesla head Elon Musk, saying: “I really believe we’ve got the tech to pose competition (to Tesla) which is healthy.” Play nice boys.

Before founding Lucid Motors, Rawlinson was Tesla’s chief engineer working on the Model S, until his departure in 2012.

It was a monster week for earnings, one which our analysts are happy to see the back of.

The vintage craft supplier recorded earnings of $1.08 per share on revenue of $617.4 million — up 129% year-over-year (YoY) — while also boasting 61 million new buyers. Etsy was one of the greatest beneficiaries of the pandemic as stuck-at-buy shoppers turned to e-commerce platforms, with face masks alone accounting for 4% of its total gross merchandise in Q4.

News that the company had bought $170 million worth of Bitcoin was not enough to keep its stock from falling following Q4 earnings. The payment solutions specialist missed estimates on earnings of $0.04 per share, but beat on revenue of $3.16 billion, while its flagship Cash App brought in $2.17 billion of this revenue thanks to increased trading last year.

It might come as no surprise to anyone that the travel agency’s revenue fell 63% YoY to $1.24 billion, with losses per share of $0.57. Though this is to be expected in the midst of a pandemic that has all-but killed the travel industry, it is still a wince-inducing fall from last year’s highs. However, with a vaccine on the way and some hope on the horizon, 2021 could prove to be a better year.

Square saw 3 million people trade Bitcoin through Cash App in 2020, 1 million of which were ‘Baby Bitcoiners’ (new to buying the cryptocurrency).

Amidst all the market madness and Bitcoin bonanza, there are two people who long-term investors like to turn to for guidance; Warren Buffett and his trusty sidekick Charlie Munger. The latter is Berkshire Hathaway’s vice-chairman, and he needed to get some things off his chest. In an interview with the Daily Journal on Wednesday, when asked whether he believed it was crazier for Bitcoin to reach $50,000 or for Tesla to hit a $1 trillion value, he said: ‘I can’t decide the order of precedency between a flea and a louse.’ Tell us what you really think Charlie... Thankfully for Tesla investors, Munger’s words of wisdom didn’t resonate as shares jumped over 6% on Wednesday after they were hit hard during the tech sell-off earlier in the week.

The beloved grandad of investing warned us about the potential dangers of Bitcoin, explaining that he doesn’t think Bitcoin will “end up the medium of exchange for the world.” Munger compared the highly-volatile currency to a weak substitute for gold, and since he never buys gold, he also won’t invest in Bitcoin. Buffett's right-hand man also warned novice investors to be careful using trading apps like Robinhood as he fears they are being enticed into a trading bubble. Tesla and Bitcoin are two of the most traded assets in the world right now, so is this simply Munger stating his preference for traditional investments or a stark warning? Either way, we should be taking note folks, the guy knows what he’s talking about.

"Someone else is trading turds and you decide I can't be left out" — a famous quote by Munger in reference to when investors see people trading an asset and making a ton of money on it.