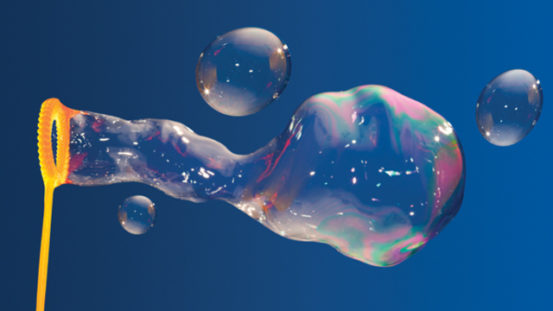 Twenty-one years ago, a high-growth tech company was spun-off from its larger parent company. Originally filed to go public at a price of between $14 and $16 per share, heavy demand leading up to the listing saw the price increase to $38. ''We're just exhilarated at the confidence it gives us about our direction,'' said the company's chief executive. ''It's an ecstatic feeling.''

The shares ended up trading as high as $165 — 4.3 times the offering price — before falling back to $95 at the close of the day. Still, the price valued the business at over $53 billion, making it larger than General Motors, Chevron, and McDonald’s. It was now almost twice as valuable as the parent company that it had just spun-off from, despite the fact that the parent company still held 94% of the shares.

The company was Palm Inc, the makers of the then-popular Palm Pilot hand-held devices. One week later, the Nasdaq composite peaked. Over the next two years, the index fell 78%. It would take 15 years to recover (17 years if you take inflation into account).

Hopefully, that little history lesson has calmed your nerves as we enter another crushing day for high-growth technology stocks.

The Dot-Com Bubble left behind many legacies, none more regularly felt than the fear of a repeat scenario anytime technology stocks take a hit. With the benefit of hindsight, it seems so obvious now that a crash was coming. The Palm Inc. anecdote above is far from unique, in fact, it’s nowhere near the most outrageous.

There were, as there are today, plenty of signals that a crash was just around the corner. We had IPOs growing multiple-fold on their opening day, a sharp increase in retail investors, and multi-billion dollar businesses with little-to-no revenue.

The Snowflake listing in September last year was the largest software IPO ever. Initially priced at between $75 and $85, the company went public at $120 and surpassed $300 on its first day. Though it has pulled back sharply from its December highs, it trades today at 150-times sales. What’s even more remarkable is that Warren Buffett — notoriously wary of technology stocks — participated in the IPO (at least his company did). For reference, the last time Buffett invested in an IPO was Ford back in 1956. Airbnb, Doordash, and C3.ai are just a few other examples from 2020.

The rise of the retail investor has also caused some alarm. A combination of zero-fee trading, easy access to margin, and surplus cash caused by the pandemic has led to a sharp increase in retail investors taking riskier and riskier bets in an already volatile market. Look no further than to the Gamestop incident last month for some evidence of that. Alternatively, check out some of the terrifying “advice” that is being offered on @TikTokInvestors.

The volume in penny stocks has regularly been topping 40 billion shares a day in recent months. That’s up 6-fold from a year ago. Unsurprisingly, the heaviest days of trading typically occur following the arrival of COVID-19 stimulus checks.

However, there’s also plenty of signs that we’re nowhere near the levels that were seen around the time of the tech-bubble. For example, between 1995 and 2000, the Nasdaq composite increased 456%. Over the past five years, the same index has grown 127%.

And when we look at individual companies, there’s a similar story.

From ‘Of Dollars and Data’

Below is the change in market capitalization of some of the biggest tech performers over the past half-decade: Amazon, Apple, Facebook, and Netflix.

And here is the same chart but for some of the best performers during the dot-com bubble: Microsoft, Intel, Cisco, and Oracle.

I could go on and on about the similarities and differences that existed between the Dot-Com mania and today. However, that wasn’t exactly the point I wanted to make when I started writing this.

Markets don’t behave the way people expect them to. The best economists in the world are consistently searching out patterns to try and figure when the next big crash is going to occur and no one, to my mind, is able to foresee it with any consistency.

Whether it’s this week, or next month, or next year, there will be a major downturn at some point in your investing life. You can try to predict it — jump in and out of the market hoping your timing is right — or, you can spend your energy researching great businesses and investing in those that will survive the downturns (hopefully, at a somewhat reasonable price).