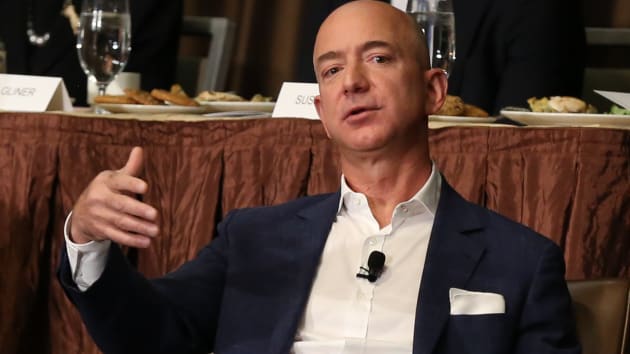 1. Big Tech has been fighting this week, with Amazon reporting on Thursday that it has filed a notice in the U.S. Court of Federal Claims indicating a plan to protest the Pentagon’s decision to give Microsoft a controversial contract for cloud computing services. The lucrative contract could be worth up to $10 billion for Microsoft, spanning over 10 years, with Amazon citing ‘unmistakable bias’ in the U.S. government's handling of the competition process, which also saw the likes of IBM and Oracle eliminated. Microsoft does not specify how much revenue it derives from its cloud service, ‘Azure’, but its growth rate of 59% in the third quarter was above Amazon Web Services’ 35%, which makes this contract a massive win. Read the full story here.

3. In earnings news, Israel’s Wix.com’s stock was down nearly 8% at market-close last night following its Q3 earnings report. The company, which helps businesses build and operate websites, reported higher profits of $0.41 per share, compared to $0.39 a year ago, on top of revenue of $197 million, up 26% on last year. Forecasts for the coming quarter disappointed, however, as Wix now sees revenue of $761-$763 million compared with a previous forecast of $761-$765 million, up 26% from 2018. Get the complete earnings report here.