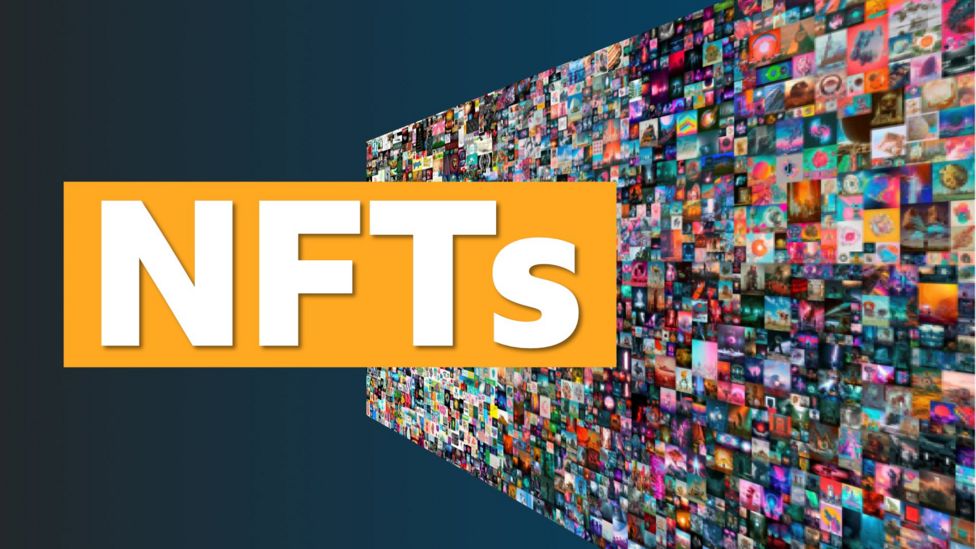 NFTs: The Good, The Bad, and The Parallel

An old-new craze has hit the internet: Pokémon cards. Beginning at the end of 2020, 90s nostalgia and lockdown mania created a booming market for the once-ubiquitous cards. Past collectors scrabbled to find their binders filled with protective sleeves in the basement of their parent’s homes in the hopes that a rare Holographic Charizard #4 or 1st Edition Pikachu might be found among them. The intensity of the fad only grew stronger as YouTube and Twitch stars began buying packs of the rare collectibles and opening them via live stream for thousands of viewers. According to eBay, there were 60% more Pokémon card sales on its platform in September 2020 compared to the beginning of the year.

Ironically, Pokémon cards were initially intended as a game, a continuation of the universe Nintendo had created in its video games and anime. However, inherent to this universe is the rarity of certain characters. Powerful, ancient, or fan-favorite Pokémon are incredibly uncommon, meaning only dedicated or lucky gamers come upon them. But when you translate this dynamic into the real world, it creates a Charlie and the Chocolate Factory-like scramble to buy up packs of the cards to increase the likelihood of finding a Rainbow Rare Pikachu VMAX. This then creates an entire collector economy where authenticators grade and certify cards before they are placed into a hard plastic case never to be touched again. For some lucky collectors, this effort will pay off. Exceptionally rare Pokémon cards have fetched upwards of $300,000 at auction while a sealed first edition set of Pokémon cards sold for $408,000 in January.

For this reason, a world once dominated by passionate fans and eager collectors has become flooded with investors. I came across a Reddit thread dedicated to this diversification strategy where one connoisseur stated his Pokémon cards had doubled in value several times, easily outperforming his stock portfolio. While this mania may seem illogical for cards depicting Japanese monsters, it isn't just reserved for Pokémon cards. Baseball and basketball cards have seen a considerable resurgence and most interesting of all: non-fungible tokens. Investor and entrepreneur Mark Cuban chalked this up to "almost non-existent interest rates" which he believes have "boosted speculative investments".

Non-fungible tokens (NFTs) are the digital counterpart to trading cards, comic books, and even high-brow, gallery art. Creators or brands produce digital pieces (visual art, animations, video clips, tweets, ext) which they upload to marketplaces powered by the Ethereum blockchain for a small fee. Once the art is "minted" on the blockchain, it establishes an unalienable record, detailing price, ownership, and transference — this prevents the file from being digitally replicated. Even if an artist creates a visually identical piece, they will have dissimilar digital signatures. From a collector's point of view, this eliminates the need for authenticators and protects owners from forgeries. However, an NFT doesn't mean the image can't exist elsewhere on the internet or be shared, it simply acknowledges that this is the original file and that all others are copies.

Popular and successful examples of NFTs include NBA video clips called ‘Top Shot Moments’, a collaboration between the NBA and Dapper Labs. A clip of a Lebron James dunk recently sold for $208,000. Chris Torres, the artist behind the early internet phenom ‘Nyan Cat’, recently sold an NFT of the GIF for $590,000. Digital artist Mike Winkelmann's work ‘Everydays: The First 5000 Days’, was the first NFT to be sold by a major auction house. After two weeks at Christie's, the piece sold for $69 million. Most interesting of all, one of the earliest examples of an Ethereum backed NFT, CryptoPunks, which were originally given away for free in 2017, are now sold for upwards of $700,000.

I, like many analysts, am worried about a bubble. In order to explore this fear, I went looking for the good and bad of NFTs and how their meteoric rise compares to the trading card fad of the 1990s.

First, NFTs are great for digital creators by cutting out the need for galleries and their hefty fees and commissions and giving artists a direct route to buyers. Additionally, when uploading their piece to the blockchain, creators can predetermine a share of royalties from subsequent sales on the secondary market, ensuring they take advantage of ballooning appreciated values. This can also be of benefit to investors as it may encourage artists to release single pieces as opposed to series (multiple ETFs of an individual work) helping to increase scarcity and keep prices high. This is unlike trading card manufacturers, which only make money from an initial sale and have no problem flooding the market with reprints to meet frantic demand. The Pokémon Company recently announced it would significantly increase printing volumes in 2021. The use of a metadata record also cuts out the expense of establishing a work's provenance, making it much easier to unload a piece once a collector decides to do so.

However, these benefits don't exactly make up for the format's current shortcomings. As of now, there is no creator authentication, meaning someone could easily create an NFT of something they don't own. An NFT's existence is also perilously dependent upon the blockchain in which it was created so it could be reproduced on another blockchain and sold again or vanish if the chain is hacked or deleted. Their value is also intrinsically tied to our society's belief in the concept of ownership rather than ownership itself. Copyright for the artwork remains with the artist so all the buyer is really getting is bragging rights for a piece of work that can be duplicated numerous times online. In my view, we have not yet stopped to consider whether we really believe this is equivalent to owning an artist's canvas or a physical first-edition Pokémon card.

My biggest concern with NFTs is the hype surrounding them and the number of uninformed buyers rushing into the market. This is comparable to the downfall of the sports card market in 1995. Throughout the 80s and early 90s, card collecting became a lucrative hobby, and shops dedicated to the past time cropped up across the country. Sports fans and inexperienced investors hurried to snap up the cards, both old and new, and card manufacturers were happy to oblige, increasing their production throughout the period. In an attempt to encourage collectors to purchase new cards over their vintage counterparts, the main producers, Topps, Upper Deck, Donruss, Pacific, and Collectors Edge, continuously introduced new lines of cards, creating special editions and expanding into various sports. Even as card companies merged, they produced more, not fewer, card lines. This saturated the market but more importantly, overwhelmed consumers to the point that they "didn't know what to collect". Sales fell from $1.2 billion in 1991, to just $700 million four years later.

With the excitement surrounding NFTs, I can see them having a similar fate. While works from known digital artists and gimmicks from internet celebrities may have some value, much of what's available on the NFT market is merely taking advantage of the mania. NFTs combine a lot of contemporary buzz words, blockchain, cryptocurrency, and collectibles, but that doesn’t necessarily mean they’re worth anything. Like Pokémon and sports cards, their value will ebb and flow for reasons that are not always clear, making them an uncertain investment at the best of times.